How to sign up for the Dune Awakening Beta

How to sign up for the Dune Awakening Beta

A new title set in the Dune universe 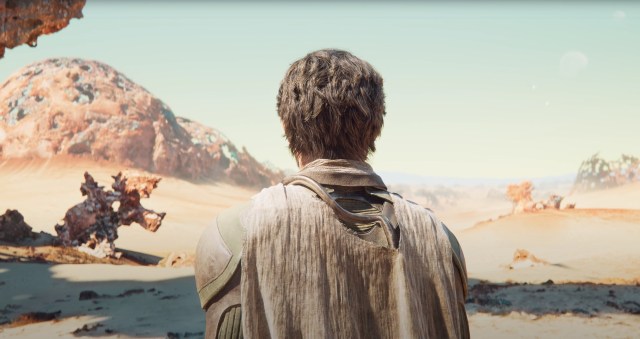 Early on in the show, a brand new premiere occurred for Dune Awakening, a previously unannounced title set in the famous Dune universe. Dune, originally a series of books written by Frank Herbert, is one of the most beloved universes in all of science fiction. After the 2021 film was released to critical and viewer acclaim, fans strongly desired to enter the world of Arrakis for themselves. Now, with the reveal of Dune Awakening, players will be able to experience all the world has to offer and more.

After the Dune Awakening trailer premiered at Gamescom, it was revealed that the title will be an open world survival MMO. The game is being developed by Funcom and will also feature a beta that any player can currently sign up for. While we didn’t get any kind of release date for the game or the beta, players should sign up for the beta as quickly as possible to give themselves the best chance of being accepted into it.

In order to sign up for the Dune Awakening Beta, players need to head to Dunegames.com. From here, look at the bottom of the screen and find the box that says “Sign up for the beta.” To the left of that box will be a space to enter an email address. Use whatever email address you prefer, and then right-click on the “sign up” box. This will bring up a pop-up window, where you need to press “Register” to complete the process. We also recommend checking the two boxes that give Funcom permission to email you about Dune Awakening and other games.

If you’ve done everything correctly, then you’ll see a new window pop up that says “You’re subscribed.” All that’s left to do now is wait until Funcom announces when the beta will take place and how its participants will be chosen. It’s unclear how the developers will pick what players can enter the beta, but it’s required to sign up for it at this time.