How to see your Combat Record in Modern Warfare 2

How to see your Combat Record in Modern Warfare 2

Check out your stats in MW2 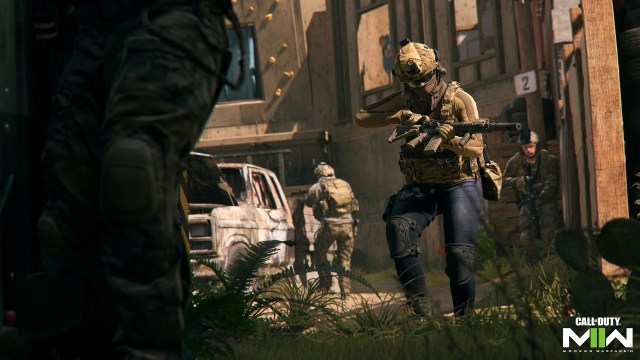 With the Season 1 update in Call of Duty: Modern Warfare 2, developer Infinity Ward finally added a long-awaited feature: the Combat Record. This feature has been a staple of the Call of Duty franchise for years and while it was disappointing to not see it at launch, it’s better late than never. For veterans of the COD series, the Combat Record will be extremely familiar to you while new players might not know exactly what it entails. However, no matter how long you’ve been playing, it might take you some time to figure out exactly where the Combat Record is located in MW2.

Luckily, we’re here to help out. We’ll explain how to access the Combat Record and how to navigate its different menus in MW2 below.

To bring up your Combat Record, launch MW2 and get to the main lobby screen where you can select Quick Play, Ground War, etc. Then, go to the first tab in your options menu, which is located in the top-right. This is the same menu that allows you to access settings, the friends list, etc. Here, you should see multiple boxes that say COD HQ, Achievements, Progression, and Combat Record. Click on Combat Record and it will take you to a screen that showcases your time played, kill/death ratio, win/loss record, and more.

While that’s what most players want to see, you can also click on the bigger box that says “Multiplayer” at the bottom of the screen to see even more in-depth stats for your account. This includes your last several matches played, your most-used weapons, and your stats with those weapons. If you click on the weapons showcase, you can see in-depth graphs that explain the stats for all of the guns in MW2. 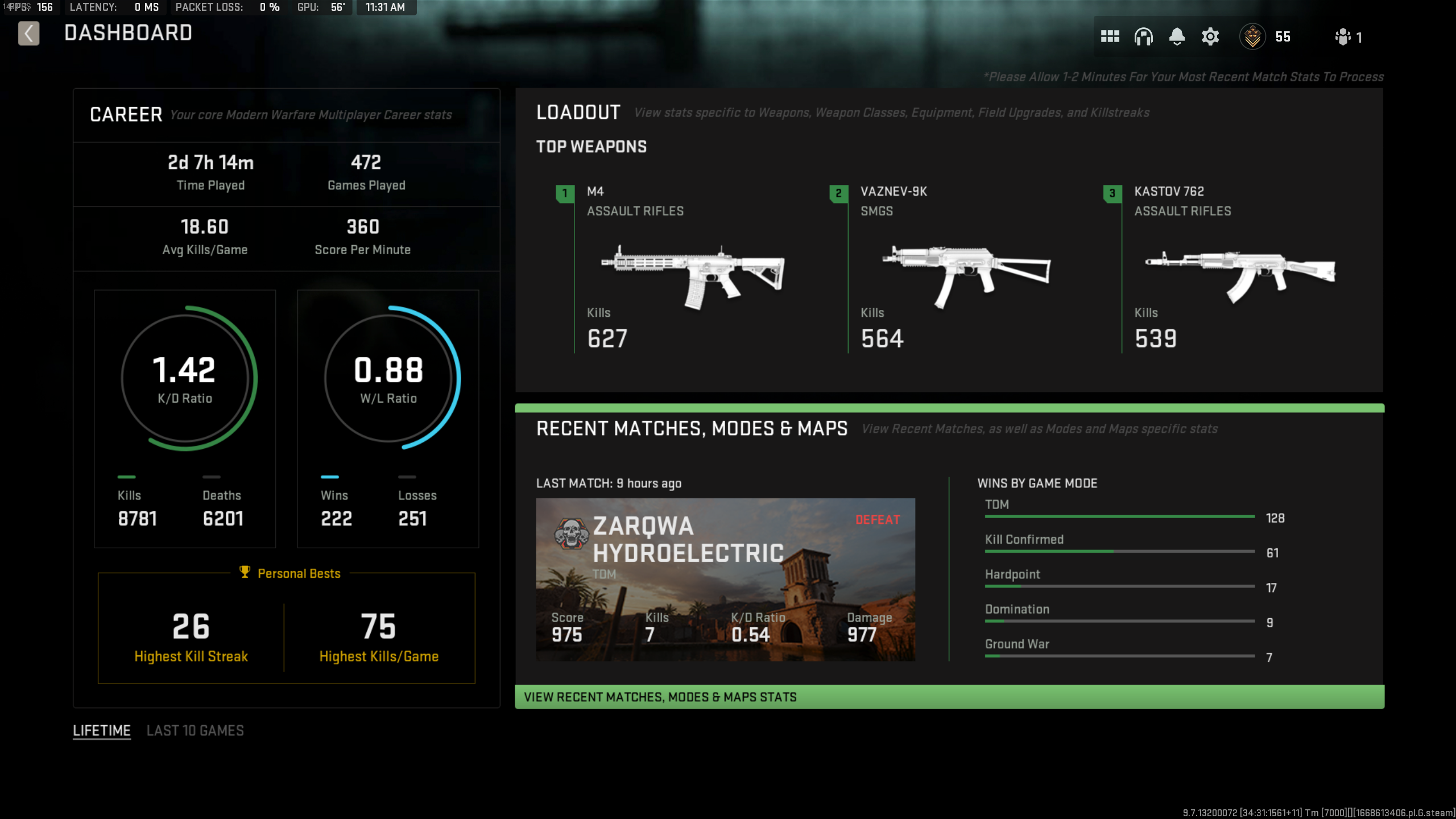 This is certainly a well-put-together Combat Record, and fans should feel at ease now that they can view and track their stats in Modern Warfare 2.