How to play the Call of Duty series in chronological order

How to play the Call of Duty series in chronological order

Call of Duty's order from its in-game stories 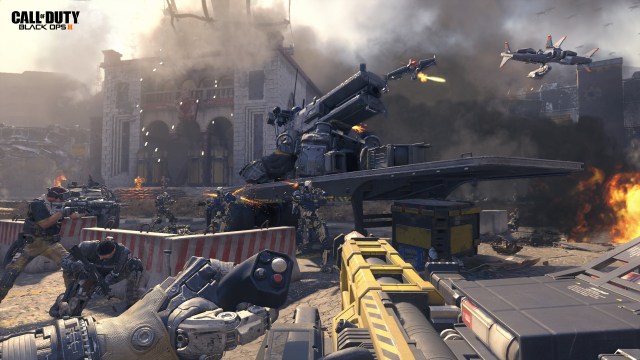 Provided by Activision. Gameplay from Call of Duty Black Ops 3.

The Call of Duty series covers multiple world wars, and plenty of recurring characters so here is how to play the series in chronological order. While a lot of the older Call of Duty games cover earlier in the world’s timeline, games like Vanguard and WWII have made that a bit trickier to follow. This only covers the main title games in the Call of Duty franchise.

It all begins with World War II

The Cold War continues the franchise

With Vanguard over, the next game up is the start of the Cold War era of Call of Duty games. Of course, this means Black Ops starts us off, set in 1961. Black Ops 2 is set afterwards, throughout the 1960s after the original Black Ops.

Then, in the 1980s, we have Black Ops Cold War, way before the other futuristic entries in the Black Ops series.

So, this is where the timelines split up due to the Modern Warfare remakes. Here are the two separate timelines, split up into two paths for you to follow.

If you are to follow the original path, the timeline starts in 2011 with Call of Duty 4: Modern Warfare. Then, Modern Warfare 2 and 3 are both set in 2016, with all three games’ stories very intertwined.

Then, weirdly, in between both these Modern Warfare paths, you get Ghosts, set in 2017. While this is the least futuristic of this branch, it’s separate from both the Modern Warfare and Black Ops series.

The main difference between the two Modern Warfare paths is the breaks in time between games. Where the original path covered three games worth of story set over a five-year span, the remake started just before 2000 and the second game began in 2022.

The futuristic Call of Duty games

So, as a quick recap, here is a quick list. The original Modern Warfare path is italicized, while the remakes are boldened.

Related: Read about all Call of Duty games in release order on Dot Esports.