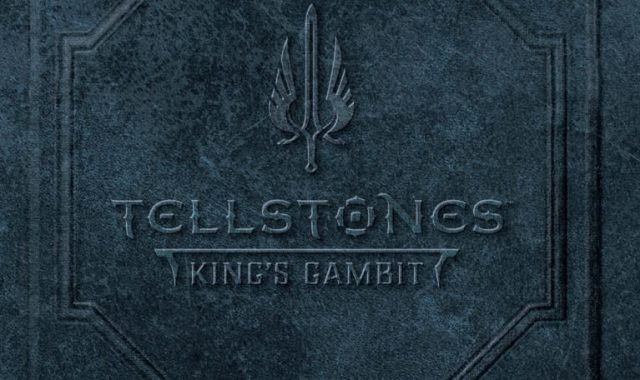 Riot’s second tabletop game, Tellstones: King’s Gambit has officially launched and is now available for purchase. Tellstones is a 2-or-4-player abstract bluffing game, encouraging players to manipulate a sequence of unique stones. It’s more than a memory game, and it’s all about reading your opponent like a Poker player. This release is a follow-up on Riot’s 2016 board game, Mechs Vs. Minions.

Tellstones: King’s Gambit is played in Demacia, a region defined by knights, chivalric duty, and honor. Players can get a taste of life in Runeterra as they play the Ionian-favorite 5-minute game. Overall, the game is played with a set of seven stones, each inscribed with a unique symbol. To end, the first player to score three points is declared the winner.

The game features physical pieces, including a horizontal blue board, several tokens, a tin box with the games name engraved, two clear stone markers, and instructions. The instructions include unwritten rules, challenges, and actions. The manual states that the eldest person in the group decides whether to go first or second. This beats the usual “who goes first” question that players usually go through in other board games.

Riot Games teased the game back at the start of the year, stating that the plan is to create something easy for everyone to play. Although this takes place in the League of Legends universe, it carries its personality through different art styles and its own stories. The game is also entirely skill-based, so it may take a while to learn how to easily win.

This game is one of many projects underway for Riot Games. Officially announced in December 2019, Riot developers are currently working on Wild Rift and games under Riot Forge. Riot had completely deviated from League of Legends for the first time with the release of Mechs Vs. Minions, resulting in the game quickly garnering worldwide popularity.

Finally, Tellstones is now available for purchase in Riot’s official merch store for $30. Be sure to stick with Daily Esports for more League of Legends news and updates.