All of your DMZ questions, answered 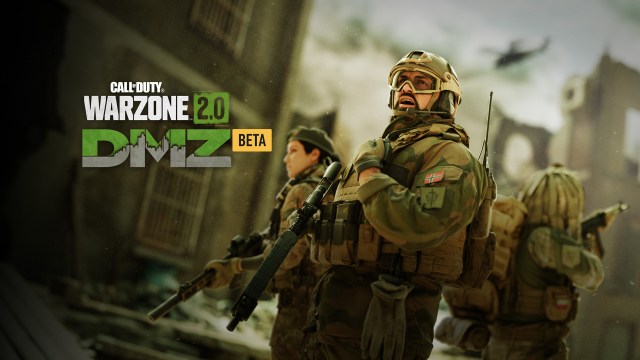 An underrated part of the content drop in Season 1 of Call of Duty: Warzone 2 and Modern Warfare 2 was DMZ mode.

The newest large-scale mode in Call of Duty is an extraction-based game that takes elements from Escape from Tarkov and puts a COD twist on them. While Tarkov players will instantly know what to do in DMZ, new players to the game type will have dozens of questions about it and will need it explained.

We’ll start off with the basics of the mode and then go into more detail regarding DMZ’s more advanced mechanics.

At its core, DMZ actually doesn’t really give a way for players to win anything. Instead, players will decide on their own how they win. This could involve completing Faction missions, which are given to players right off the bat. Then, as players complete more missions, they’ll unlock more Factions, more missions, and more rewards.

Aside from the Faction missions, players can also head into a match with the sole goal of exfilling with the most loot possible. This could include the exclusive M13B assault rifle, Contraband weapons, or weapon blueprints. Players make their own goals in DMZ, so you shouldn’t go into the mode with the expectation of winning in the way that you would in Warzone 2 or multiplayer.

However, the most important element of DMZ to remember is that your loot matters. If you drop into a match with an M4 and a shotgun and die, then you will lose those weapons permanently. If you exfil successfully with any additional weapons or loot, though, then you get to keep and use those items in a future match.

Prior to actually entering into a DMZ match, you’ll need to take stock of your missions and inventory. Your first Faction in DMZ will be Legion, and they’ll start you out with three basic missions. Completing all of those rewards you with more missions. Each mission rewards players with XP and an additional reward, like a blueprint, Double XP Token, etc. You can set your active missions before you drop, so always keep those in mind.

Next, you’ll want to set your loadout, which features two weapons, two pieces of equipment, and a Field Upgrade. You will always have the equipment and Field Upgrade, but your weapons can be lost if you die in a match. You can pick which weapons you want to bring into a match with you by clicking on the weapon itself. Usually, you only want to bring one primary weapon into a match and then loot a second weapon once you’re in the game.

You can also see your backpack items and your on-character items. These are items that will come with you no matter what. However, they can be lost if you die. Your backpack items are mostly keys, which can be found all over DMZ. Although, if you find a level 2 or 3 backpack in DMZ, then you will be able to also carry another weapon. Once you find a level 2 or 3 backpack, you will have it until you die with it.

Your on-character items are things like the Gas Mask, killstreak, Self-Revive, and armor carrier. These can be looted or bought from Buy Stations and will stay with you until you die with them on you. Essentially, think of your backpack and on-character items as permanent additions to your inventory until you die. Once you die with them equipped, you’ll have to loot them again and exfil to regain the items.

Once you’re in a match, you have a few options. You can complete Faction missions, collect loot, or go around killing enemies. There will be both AI and player enemies on the map, so be careful about who you shoot. The AI are particularly strong in DMZ, so don’t shoot them unless you’re prepared.

If you want to collect loot, then you’ll likely be wondering what’s the overall point. Most lootable items in DMZ have a cash value associated with them. You want to loot the most expensive items and carry them with you in your backpack. However, only do this if you plan to visit a Buy Station. At a Buy Station, you can sell your cash items, which adds to your character’s overall cash. This cash is used to buy additional items from the Buy Stations, but you can also exfil with it. The more cash you have, the more XP you earn for that match. Every dollar equals 10 XP, so take that into account.

If an item doesn’t have a cash value, then it’s used for gameplay reasons. Items like the Spotter Scope, Radiation Blocker, etc. are used for specific gameplay purposes. You can exfil with these, but they won’t stay in your backpack. Only loot those items if you plan to use them in your current match.

Finally, the main question that players likely have about DMZ is what to do with the keys. Your keys make up most of your backpack, so what do they do? Basically, different keys open up different things in DMZ. You can use Stronghold Keys to open Strongholds and use other keys to open specific things. For example, we looted a Quarry Worker’s Box key, which opens a certain box in the Quarry location on the map.

You can choose to stow your keys in your Key Stash, which will store them and you won’t take them into a match. However, if your key is in your backpack, then you will go into a match with it, meaning you will lose it if you die. We have much to learn about all of the keys in DMZ, so we’ll come back to them in a future guide once we know more about what they do.

And with that, that’s everything players need to know about DMZ in Warzone 2. It’s quite overwhelming at first, so hopefully this guide put players at ease when trying to figure out the new mode.