How to improve on Pharah in Overwatch

How to improve on Pharah in Overwatch 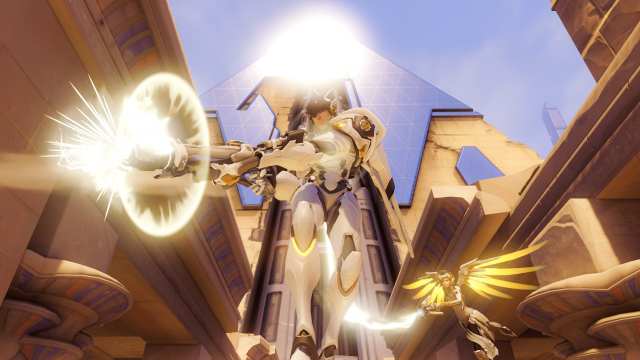 For those players looking to play the rocket-shooting hero that is Pharah, here are some tips to improve. After recent nerfs to hitscan heroes, a lot of Pharah players are hopping back on Overwatch. Along with Echo, long-range damage has been nerfed across all heroes, which may make Pharah a high-priority pick to learn for the near future. In talking to Brian “Recurve” Allen, Pharah is an easy-to-learn, hard-to-master hero with plenty of tricks even top players don’t know.

Recurve is a Top 500 ladder player and is among the top five ladder players on Pharah in the world. Along with coaching and playing in the lower tiers of competitive Overwatch, he’s renowned for his Pharah 1v1 mechanics. Recurve spoke on when to play Pharah, and tips to improve your play on the hero.

When to play Pharah

“If you play Pharah the right way, she is meta-proof, but also just sucks on certain maps,” Recurve said.

Maps like Route 66 have little to no vertical cover, leaving you out in the open for hitscan players to shoot you. Hiding behind cover is key as you can heal, regenerate your fuel and strike with precision.

Another key point Recurve mentioned was how “you should only play Pharah when you know your team can give you resources. She is the hero that gets enabled the most by healing in the game.” A Mercy healing you and boosting your damage may be the most optimal strategy, but there are other options. Brigitte and Zenyatta can also heal from a distance. You don’t have to play the game differently if a Mercy isn’t pocketing you, so the hero duo is not mandatory to play well.

“Pharah without Mercy should play like a different form of Genji; spamming damage to the weakest people on the enemy team. Assess the enemy team and play accordingly, so if their only hitscan is Widowmaker, that’s who you try to kill first”, Recurve said.

When you have a Mercy pocket, you have more survivability and can make more aggressive plays.

Tips for improvement on Pharah

“The first thing I mention to anyone wanting to improve on Pharah is to abuse the hell out of rocket-jumping,” Recurve said.

Much like older FPS games, Pharah’s rockets damage her but also displace her as much as enemies. So, you can shoot at your feet and trade damage to yourself to jump higher or move quickly around cover. Playing on the ground as Pharah is almost always bad. If you time it right with your rocket booster, you can reach the max height of the map in quick fashion.

Another thing Recurve was adamant on was how “concussive blast is the most misunderstood ability in the game.” Overwatch displacements, like Lucio’s boop, can shove enemies off the map to get kills, and Pharah can do the same. Her boop affects a larger range and is more accurate due to her flying ability. Using displacements to mess with enemy team rotations or put one player heavily out of position can win fights.

Pharah players should know how risky her ultimate ability is and Recurve seconded its high-risk nature.

“You should try to kill three people at a minimum because that is almost guaranteed to win a team fight,” he said.

In general, Barrage puts Pharah in a stationary position which means enemies can kill her easily and quickly. Getting high value instantly from the ability is key because you will most likely die after using it. Plus, Recurve was clear that using Barrage on one target is usually worth it for mental reasons.

“Solo barraging someone can very easily make them angry or frustrated. If they are using an ultimate, trading theirs with yours is usually very good,” he said.

Recurve shared two workshop codes that will help you train on Pharah. The first is the “Basic Airshot Trainer,” code VCTPC, which throws enemies in the air for you to shoot. The second is a more detailed “1v1 Trainer,” code X0CYA, allowing you to fight specific enemies.