Boost your Sp. Atk with one easy move 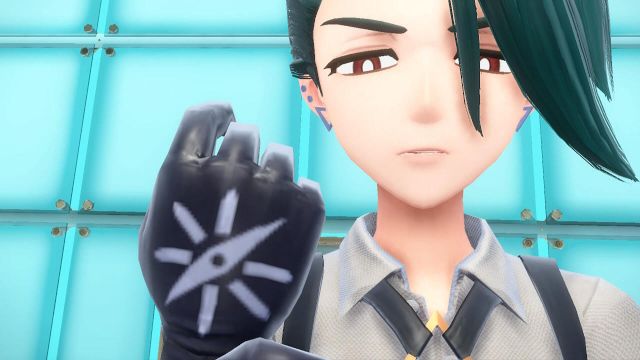 There is a long list of popular set up moves in Pokémon. These moves are defined not by their attacking power, but usually by the stats they increase for a specific Pokémon.

Set up moves are traditionally at the start of a battle, which gives a Pokémon boosted stats for the remainder of their life in battle. One extremely popular set up move is Nasty Plot, a Dark-type move that boosts a Pokémon’s Sp. Atk stat by two. Using this at the start of a battle on a Sp. Atk Pokémon can spell disaster for the opponent. In Pokémon Scarlet and Violet, the TM for Nasty Plot isn’t available until near the end of the game.

However, once players do end up getting to the late game, Nasty Plot isn’t difficult to find at all. All players need to do is enter Area Zero and descend into the crater.

Finding the Nasty Plot TM in Pokémon Scarlet and Violet

In order to get into Area Zero, you need to have defeated the Elite Four and completed Operation Starfall. This will prompt Arven to invite you to the Great Crater of Paldea, where you can descend via the Zero Gate.

Once inside the Great Cater, you will need to go to the second Research Station. If you’ve already defeated the storyline in Area Zero, you can use the Zero Gate to immediately teleport to Research Station #2. If you haven’t completed it yet, then simply keep descending until you reach it.

At the second Research Station, you’ll want to go up the cliff right behind it. You can use Miraidon/Koraidon’s climbing ability to scale up the rocks. Once you’re up on the grass above the Research Station, look to your left. Up on a ridge, there will be a yellow Poké Ball. This contains Nasty Plot. To get up on the ridge, simply scale the rocks with your Legendary Pokémon again, and then ride to the Poké Ball.