A popular and much-needed Field Upgrade 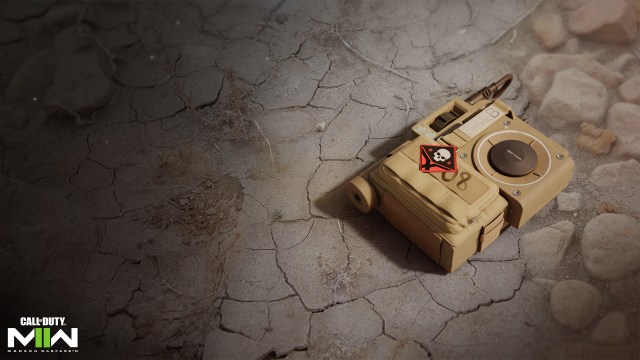 While a majority of the field upgrades are properly placed, many feel that there’s one Field Upgrade that doesn’t belong, Dead Silence. Some fans believe that Dead Silence should be a perk and not a field upgrade. However, no matter your stance on the matter, you’ll want to unlock Dead Silence in Modern Warfare 2 as quickly as possible.

Given how loud the footsteps are in MW2 multiplayer, having Dead Silence is a luxury that many players can’t afford to not have, especially if they like to rush around the map. Unfortunately for those types of players, Dead Silence isn’t too easily unlocked in multiplayer. 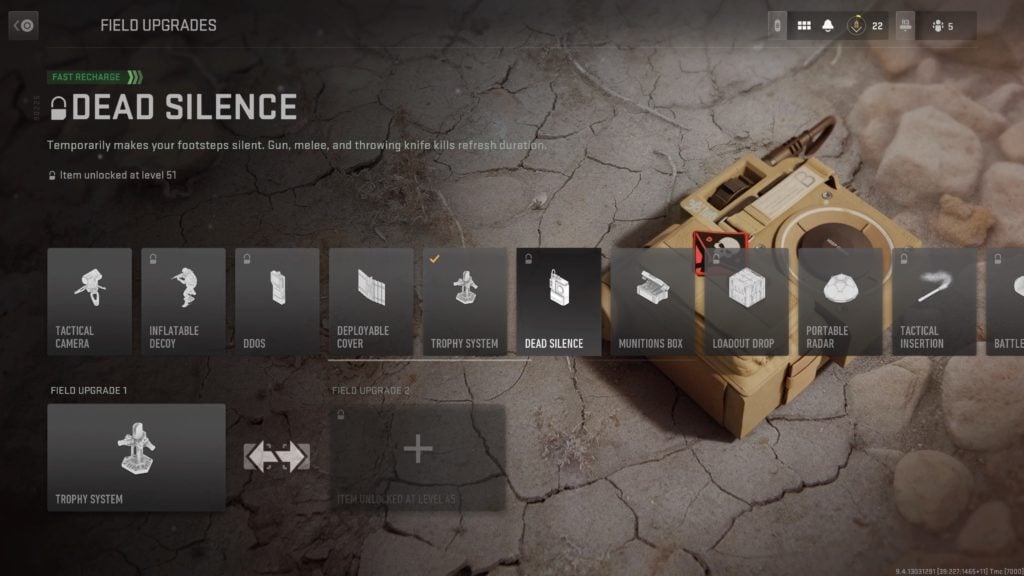 In MW2 multiplayer, Dead Silence is unlocked at military rank 51. This means players have to ascend nearly the entire length of the military ranks in order to unlock Dead Silence. Once players reach this milestone, they can head into their loadouts and equip Dead Silence from the Field Upgrade menu.

However, if players don’t want to wait until rank 51, they can have access to the field upgrade earlier than that. Although, this requires players use the Phantom Default Class, which has Dead Silence on it. If players go this route, they won’t be able to use their pre-designed loadouts, which is a major tradeoff.

To activate Dead Silence in-game, all payers have to do is wait for it to charge up fully and then press the button(s) that are laid out in the bottom right of your HUD. Dead Silence has an activation time of around two seconds and makes noise when doing so, which players need to be weary of.