How to get Scoobtober 2022 rewards in MultiVersus - Upcomer

How to get Scoobtober 2022 rewards in MultiVersus 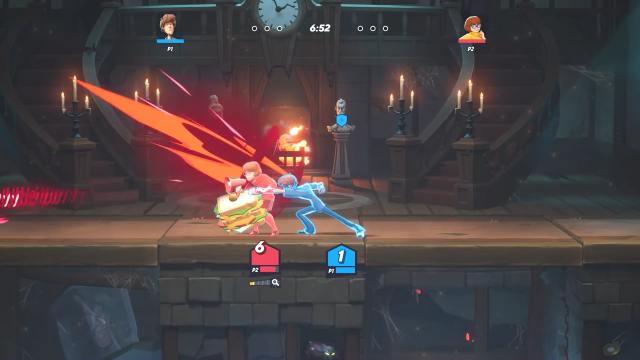 Screengrab provided by YouTube via KwingsLetsPlays Shaggy and Velma duke it out on the Scooby’s Haunted Mansion stage.

The Halloween 2022 update for MultiVersus has arrived, adding new cosmetics, unlockables and challenges, along with a new playable character, Stripe. But, even more content is on the way beyond what Player First Games has already added to the game.

In particular, an upcoming event will allow players to earn special rewards that celebrate the characters of the Scooby-Doo franchise. Here’s everything players need to know about the MultiVersus Scoobtober 2022 event, including what rewards are available and how to obtain them.

Watch out Gizmo. Stripe's back in town. #MultiVersus pic.twitter.com/dB5b0Z4lkv

Scoobtober is a content block that has been on Boomerang, Cartoon Network and/or HBO Max during October since 2020. This year, Warner Bros. Games is contributing with its own Scoobtober 2022 broadcast on the official MultiVersus Twitch channel.

The livestream will take place from October 28-30 and will include a number of Scooby-Doo television episodes and movies. During the event, players can earn in-game rewards based on the amount of time they spend watching Scooby-Doo on Twitch.

Here’s an overview of available rewards and how long viewers must watch to unlock them:

How to claim MultiVersus rewards through Twitch drops

This will show the user a list of all their connected accounts. At the top of the list, users will see a listing for Twitch. Clicking on it will prompt the user to sign into their Twitch account. They must then click “Authorize” at the bottom of the next screen in order to link the two accounts.

Once the accounts are linked, players will be eligible to receive rewards through Twitch drops. This means that players who complete the Scoobtober 2022 challenge will get their unlockables in MultiVersus as soon as they become available.