How to get Scatterbug in Pokémon GO - Upcomer

How to get Scatterbug in Pokémon GO

How to obtain every available Vivillon form 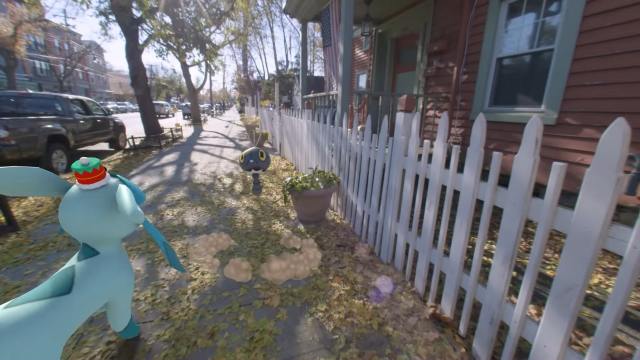 Screengrab provided by YouTube via Pokémon GO Collecting Scatterbug is the crucial first step toward obtaining each Vivillon form.

Since its introduction in Generation 6, Vivillon has been able to take on 20 different forms distinguished by their unique wing patterns. However, some fans may have been disappointed to find that only one of these forms is currently available in Pokémon Scarlet and Violet.

However, this may not be the case for too much longer thanks to Pokémon GO. Following a recent update, players can get 18 of Vivillon’s forms in Pokémon GO for the first time. But first, players will have to catch the Pokémon’s pre-evolution, Scatterbug. Here’s how to get Scatterbug in Pokémon GO.

How to get Scatterbug in Pokémon GO

Even after its addition to the game, Scatterbug is still not a normal wild encounter in Pokémon GO. Instead, players will have to find it using the game’s new Postcard Book feature. With it, players can obtain postcards from around the world by receiving Gifts from friends or from PokéStops they visit.

Players can also track their progress toward catching each form using the Vivillon Collector Medal. Here are the available Scatterbug variants, which correspond to the available Vivillon forms:

How to evolve Scatterbug into Vivillon

As in the main games, all of the different Scatterbug variants look exactly the same in Pokémon GO. However, upon evolving them into Vivillon, all of their design differences will become apparent. These changes are strictly aesthetic, as Vivillon’s stats, typing, and moveset don’t change based on its form.

The Pokémon Company has confirmed that players will be able to link Pokémon GO with Pokémon Scarlet and Violet sometime in 2023. When that happens, players should be able to use every existing Vivillon form besides Poké Ball Pattern Vivillon in the Paldea region.