How to get more Longshot kills in Modern Warfare 2

How to get more Longshot kills in Modern Warfare 2

One of the tougher challenges in MW2 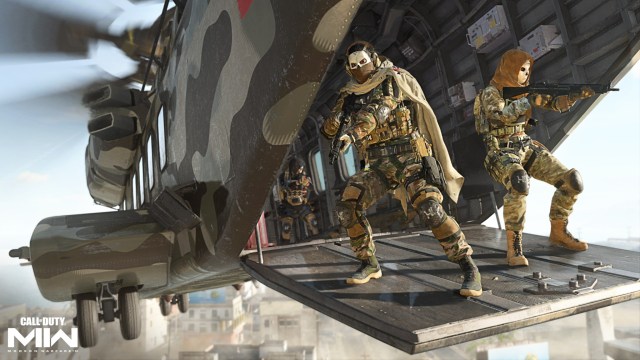 If you’ve been going for weapon camos in Call of Duty: Modern Warfare 2 multiplayer, then you’ve likely stumbled across the Platinum Camo challenge.

This challenge requires players to earn 25 longshot kills for all guns in Modern Warfare 2. It’s one of, if not the most difficult challenge to complete for any weapon due to the fact that Hardcore, or Tier 1, is not in the game yet. As a result, players have been asking how they can earn these kills easier in the current version of the game.

Luckily, content creators who already have a massive amount of camos unlocked have provided the community with their secrets on how to get longshot kills. The creator that unlocked Orion Camo before anyone else, Skullface, recently published a video that demonstrates exactly how he went about earning so many longshots.

In their video, Skullface breaks down several spots that they used in Ground War to earn longshots. It’s difficult to exactly describe those spots, so we recommend you watch Skullface’s video to see exactly where they went to earn longshot kills in Modern Warfare 2. They show at least one spot for all of the Ground War maps, so players don’t have to back out of a match if they don’t get a certain map. Some spots we can describe are:

Aside from those spots and the others that Skullface goes over, we can also recommend some loadout items players will want to have equipped.

For starters, players want to use two Field Upgrades. The first one is the Tactical Insertion, so they can keep spawning on their exact spot even if they die. The other is the Munitions Box so players don’t run out of ammo. Next, players will want to have Battle Hardened, Bomb Squad, Cold-Blooded, and Ghost as their perks. These will ensure players can survive enemy streaks and equipment.

Finally, players want to equip a high-magnification scope on their gun along with attachments that boost damage range, recoil control, or flinch resistance. All of these attachments will make longshot kills easier.

And that does it for our gameplay tips on how to get more longshot kills in Modern Warfare 2. Using those tips in conjunction with the Ground War spots that Skullface identified should make this process go by much faster.