How to get Messi in Call of Duty Modern Warfare II and Warzone 2.0

How to get Messi in Call of Duty Modern Warfare II and Warzone 2.0

The recent World Cup winner is in Call of Duty 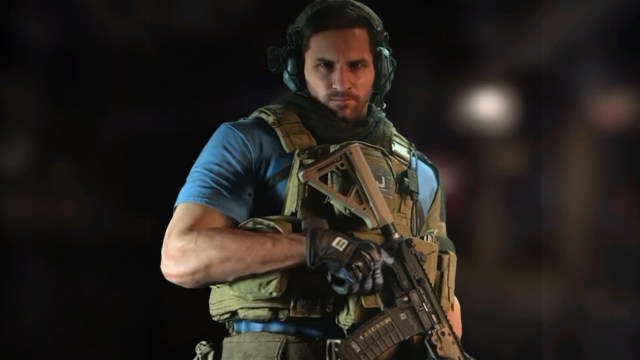 Provided by Activison-Blizzard. Messi, in Call of Duty Modern Warfare II and Warzone 2.0.

With his recent World Cup win, Lionel Messi is now available as an operator in Call of Duty Modern Warfare II and Warzone 2.0. His face is in the game, alongside Argentinian-themed guns, a weapon charm, and more.

Here is how to get the world champion in-game.

Messi joining both Modern Warfare II and Warzone 2.0 is part of a larger partnership, where multiple famous football players join as operators. He is joining alongside Neymar Jr. and Paul Pogba, but the recent World Cup win for Argentina highlights Messi’s entrance.

His Operator bundle is now available in the in-game store, for 2400 COD Points. For comparison, that’s just under $20 USD.

The bundle includes a lot for number 10

As shown in the video from the tweet above, a lot of content revolves around Messi in his bundle. Obviously, we have Messi’s likeness in-game for players to use,

Then, we have two gun blueprints: the Atomic Flea Vaznev-9k and the Blue Thunder FSS Hurricane. Both are styled with Argentina’s colors, blue and white. With both legendary blueprints, players can expect this to really upgrade their guns in-game.

Another addition is a unique finishing move, dubbed No Firearms Needed. Fitting for a legendary football player, you use a variety of kicks to down your opponents, which changes based on how you begin the finisher.

The vehicle skin, dubbed The Treble, consists of a light tank with blue and red streaks alongside his number 10. Some goat art on the side lends to the debate that Messi is the greatest football player of all time.

To end it off for Messi’s cosmetics, we have a charm that simply shows his name and number, a sticker showing Messi in battle, and a Messi player emblem.

To get Messi added to the operators you can use, download Call of Duty Modern Warfare II and Warzone 2.0 on PS4/PS5, Xbox Series X/S, Xbox One and PC (from battle.net or Steam).