How to get better at Warding in League of Legends - Upcomer

How to get better at Warding in League of Legends

Ward like a pro in top, mid lane, jungle or bot lane 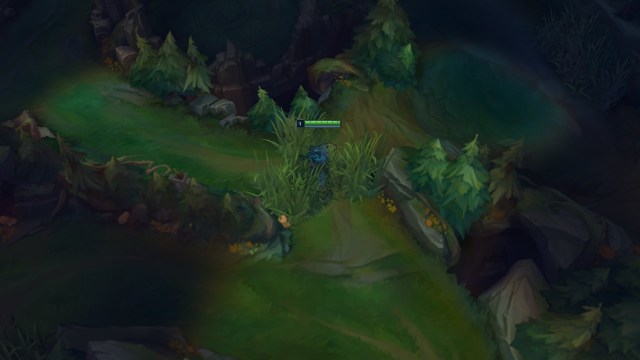 Warding is an essential part of League of Legends, and it often separates experienced players from the rest. While warding is generally a support player’s job in League, it is something every player should do — it can only help in team fights and game-winning moments.

Before explaining how to get better at warding, it’s best to understand it and why it’s so important.

What is warding in League of Legends and why does it matter?

A ward is a deployable unit that removes the fog of war covering a particular area on the rift. Warding is one of the ways to reveal an area of the map covered in fog by placing wards.

Controlling vision is an important aspect of the game because the majority of your opponent’s territory is often covered in the fog of war. Having wards placed will enable you to garner information on where your enemies are and what they’re doing. Moreover, wards allow you to lane safely and prepare for roaming ganks from your opponents.

You can control vision on the map both by warding and destroying the wards placed by your enemies.

To become better at warding, you must be familiar with the different wards available in League of Legends.

Totem wards are the default wards that most champions begin with and it’s normal to see it in the early game. Totem wards provide sight over the surrounding 900 units and last for 90 to 120 seconds.

Stealth wards operate like Totem wards and they provide the same unit of vision and experience when slain. The major difference between both is that Stealth wards can last longer and they give extra gold when killed.

Farsight wards are products of Farsight Alteration and you can get them by exchanging other wards in the store. Farsight wards only grant sight over the surrounding 500 units but it has an indefinite life span.

Control wards are able to show and disable other non-control wards around them. They can reveal Stealth wards, traps and are the most durable type of wards. These wards are often bought by top, mid lane and support players.

There are also Zombie and Ghost Poro wards that depend on runes. Zombie wards only have one health, are visible to the enemy team but last for 120 seconds. Ghost Poro is the weakest of wards as it only grants vision over the surrounding 450 units. There is also no gold or experience reward for players who destroy this ward and it last for only 90 seconds and is more of a support ward.

How to ward in League of Legends like a pro

To get better at warding in League of Legends, you must know the time and place to ward depending on your role in the game.

As a top laner, warding in the early laning phase is very important to avoid ganks and gather information for your team. The best place to put your ward is the river and the bush near the Rift Herald pit.

Furthermore, professional players playing red side usually ward the small tri-bush behind them to avoid ganks. As the game progresses, you can place other wards in the pit to track your opponent’s movement toward the Rift Herald/Baron Nashor.

For mid laners, the two bushes in the river are a great place to ward. Since the mid lane is an exposed lane, you can be very susceptible to early ganks.

As for junglers, the goal with warding is to track your enemies’ pathing, next play, and control objectives. The first place you’d want to ward is your Red and Blue Buffs. This ensures you’re aware of a possible invade by enemy team. As you reach the mid-game, warding inside the baron and dragon pit will become the priority. The best jungle players also ward the enemy jungler’s camp to give their teammates safer laning phases.

For the bot lane, the rules are quite similar to top lane. However, the support player has to ensure they ward the river and tri-bush if on blue side. They also need to ward the bush near the alcove and the alcove itself to avoid ambush when walking up towards enemy towers.

The support player is often in charge of placing wards and clearing vision in this lane and other areas of the map in mid to late game.

Additionally, you need to always ward both entrances and possible flank positions of the river at least 30 seconds before the objectives spawn. Setting up more wards around the river in the mid and late game is essential for fights and overall control of your side.