How to get and equip titles in Marvel Snap

How to get and equip titles in Marvel Snap 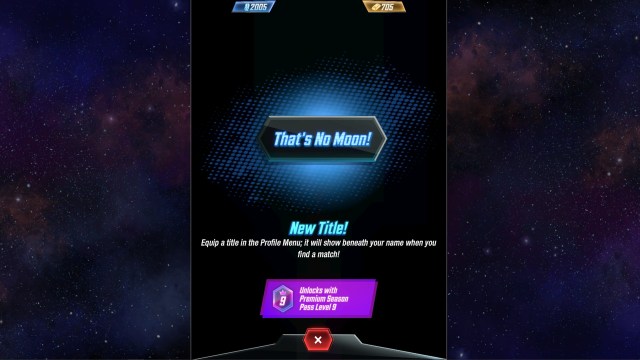 Marvel Snap has been a massive success as the team behind it found a way to implement a fresh take on the card battler genre. The game inherently has a ton of customization options as the primary way of obtaining new cards isn’t through booster packs or crafting but instead by the collection level.

When players upgrade the rarity of their existing cards, new cards become available to be unlocked which encourages players to always be on the lookout to show off their personalization. Now, Marvel Snap has introduced another way for players to stand out in the game with the introduction of titles.

Here is a quick guide on what titles are, how to get them and how to equip them in Marvel Snap.

There are a couple of primary ways for players to get special titles in Marvel Snap. With the release of the newest update which gave players a new battle pass, titles have become a part of the rewards track with the current selection of titles being themed around “The Power Cosmic” with some examples being:

The other way to unlock titles will require players to grind though since they are available as rewards from Collector’s Reserve. However, the only way players can get these Collector’s Reserve crates is by reaching at least collection level 1000 which means players will need to play for a while before getting a hand on these.

While the hard part is obtaining the titles, equipping them isn’t since that can be done through the profile screen. When players acquire titles, the profile screen which normally lets players change their icon will also have a button on the bottom right of the screen named “Title.”

From here, all players have to do is choose the title they want to equip from the selection of their owned titles and then hit submit. Now once players queue up for a game they will have extra flare as they tell their opponent just how cool they are, or hungry if they have the Insatiable Hunger title.