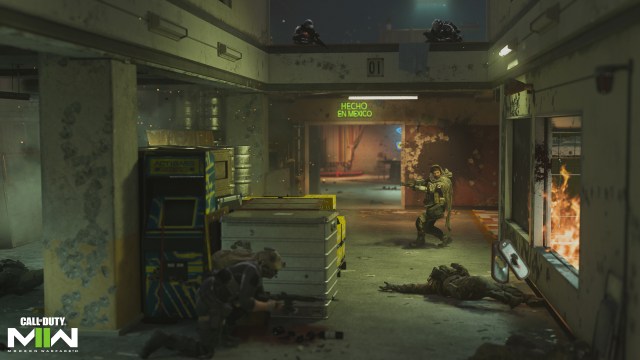 On day one of Call of Duty: Modern Warfare 2, there have been multiple issues that have prevented players from actually staying on the game. One of these problems is simply known as “Scan and Repair,” as that’s the name of the error message that pops up when players see a crash on PC. For PC players, this error only really occurs on Battle.Net, with Steam users facing an entirely other type of crash. If you’re on Battle.Net and have been struggling to avoid the Scan and Repair crashes in Modern Warfare 2, then you’ve come to the right place.

In this guide, we’ll go over one concrete fix that has been proven to stop a majority of the common Scan and Repair issues that players have been seeing on launch day in MW2. However, this fix is also known to not work for every player, so don’t be surprised if it doesn’t work for you. In that case, you’ll have to wait for developer Infinity Ward to release a patch that stops the problem from occurring.

This specific fix comes from @BrParadox on Twitter, a PC builder and optimizer that sponsors several Call of Duty streamers and pro players. According to them, there’s a fix that has been working for their PCs and clients. Although, they preface that by saying it’s not 100% effective.

Here’s the fix that works for them when it comes to Scan and Repair crashes:

With enough luck, this could solve your Scan and Repair problems in Modern Warfare 2. If not, then the last step you can try and take is to uninstall and then reinstall the game.