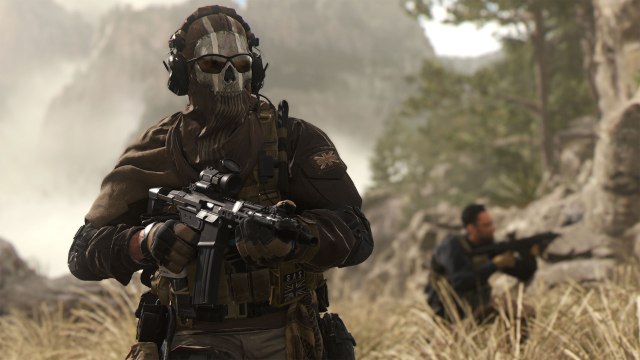 Provided by Activision Blizzard For players to get back into the game, simply update the graphics card drivers

While Call of Duty Modern Warfare 2 has shattered records for Activision Blizzard, it hasn’t been without growing pains.

With so many players playing the game, bugs and errors have gotten in the way of players actually playing the game. The newest one in the line of many for MW2 has recently popped up with it being related to adapters on the PC version of MW2. While the team at Activision Blizzard is likely working on a fix for players, this one is actually fixable by the players themselves.

Here is a very simple fix for the “no supported DXGI adapter sere found” error in MW2.

Breaking: #ModernWarfare2 has surpassed $1 billion in sell through in its first 10 days, the fastest selling Call of Duty game ever

Over 1 billion matches have been played. pic.twitter.com/AxNzYtMRGy

All it takes is a simple graphics card update

This error actually isn’t even about physical hardware at all. In fact, it’s related to the graphics card in a player’s PC. This error pops up due to not having the most up-to-date and correct drivers, not an actual adapter or lack of adapter detection. So the fix here is very easy, players just have to update their graphics card drivers.

There are a couple of ways to do this. For players with Nvidia GPUs, the Nvidia GeForce Experience software is the absolute easiest way. In fact, when a driver needs updating, the software even sends a popup letting the player know that their drivers need to be updated. To update these drivers simply jump into the GeForce Experience software and update the drivers. The update should not take more than a minute or so and should completely fix the problem.

For players that don’t have Nvidia GPUs, the manufacturer of the GPU might have their own dedicated software that will allow easy updating of drivers. For example, AMD has its Adrenalin software where players can easily download the latest graphics card drivers.

For other GPU simply search the GPU name and the term driver into the internet search bar and click the official link to their webpage where the latest graphics card driver files will be listed for download.

After that, just relaunch the game and things should be back to normal. A complete system relaunch might be necessary.