How to find the Thunderbolt TM in Pokémon Scarlet and Violet

How to find the Thunderbolt TM in Pokémon Scarlet and Violet

Shock your opponents in Paldea 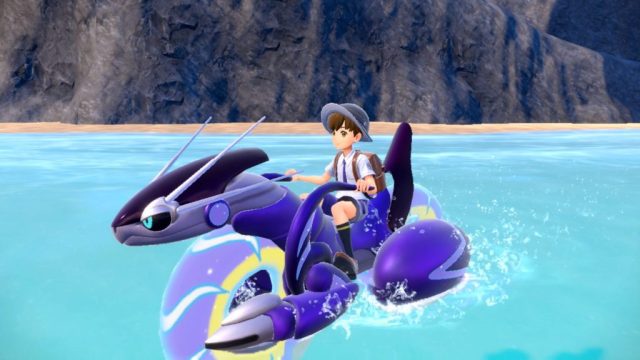 Technical Machines (TMs) are one of the many gameplay features to undergo a significant change in Pokémon Scarlet and Violet.

While players still find them on the ground out in the wild and they still break upon use, they can now reacquire them through a crafting method. This essentially gives players unlimited access to TMs as long as they have the right materials. The added feature has made finding certain TMs all the more important, as once you find a TM, you gain the ability to craft it. For players that are fans of the Electric-type in Pokémon Scarlet and Violet, you’ll likely be wondering where the Thunderbolt TM can be found.

Thunderbolt is a classic move in Pokémon, featuring 95 power and 100 accuracy while being a Sp. Attack move. It’s easily one of the best Electric moves you can teach to a Pokémon, and it can be learned by more than just Electric-type.s However, its location in Pokémon Scarlet and Violet has been a little bit of a mystery thus far, so we’re here to illuminate the subject.

Finding the Thunderbolt TM in Pokémon Scarlet and Violet

To start, you will need to make it to Port Marinada, which is west of Cascarrafa and the Asado Desert. Instead of going straight into the city, though, you will want to remain on the outskirts, in the mountain range that lies just east of Port Marinada. You want to stay slightly to the northeast of the city.

In this area, you’re looking for a cliffside that looks down at the city. Keep going down the small cliffs until you see a golden Poké Ball. This ball contains the TM for Thunderbolt. The exact area can be seen below.

Now that you have the TM, you can teach it to one of your Pokémon. You can also craft the TM at a Pokémon Center if you have the right materials.