How to find Portable Redeploy Balloons in Warzone Season 4 Reloaded

How to find Portable Redeploy Balloons in Warzone Season 4 Reloaded

One of the new features in Season 4 Reloaded 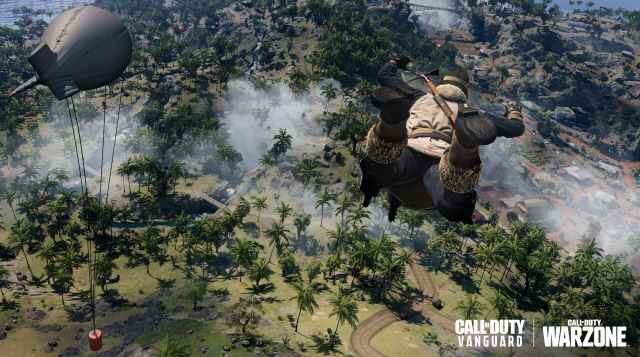 Earlier this week, Activision announced the content that would arrive in Call of Duty: Warzone Season 4 Reloaded. The mid-season update, releasing later in July, is set to deliver brand new features and content to both Warzone and Vanguard. One of the new features announced for Warzone was the Portable Redeploy Balloons, which give players another form of transportation on Caldera.

Redeploy Balloons were an addition in Warzone earlier this year and immediately became a fan-favorite feature. They allow players to get across the map much quicker than any form of transportation, including the Underground Transit System. Following the popularity of the Redeploy Balloons, Raven Software has made the decision to make a portable version. This gives players the ability to get out of a jam in a pinch or get away from the gas, as they can simply blow up their balloon and ascend to the sky.

Below, fans can see exactly how to find Portable Redeploy Balloons in Warzone.

To use the Portable Redeploy Balloon, players can put it on the ground and it will be up for 30 seconds. However, the balloon only has half the health of a regular Redeploy Balloon, so players will need to be careful of putting it down around enemies. The portable version also doesn’t lift players as high in the air as the regular version. To counteract this, players could throw the portable version on a high building or cliff to ascend higher.