Use these grenades to your fullest advantage 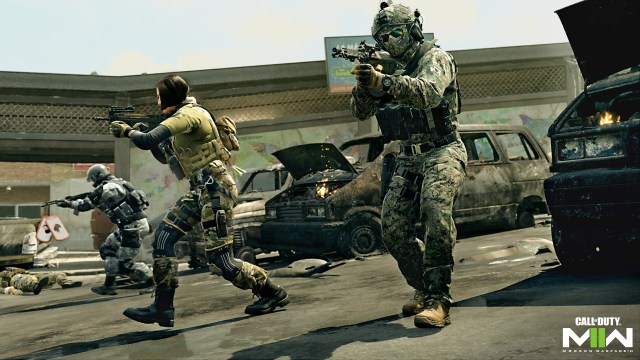 Call of Duty: Modern Warfare 2 has been out for just over one week and a majority of players are still working towards leveling up their weapons. It’s a grind that takes place at the beginning of every Call of Duty title and coincides with the camo grind as well. As players rank up their weapons, they unlock new camo challenges so they can earn the Mastery Camos for each gun. However, players are finding the weapon level grind in MW2 to be more exhausting than in previous games. Luckily, a trick with the Decoy Grenades currently allows players to level their guns at an exponentially faster rate in Modern Warfare 2.

For players unaware, the Decoy Grenade is a piece of Tactical Equipment that acts like a regular grenade. Instead of dealing damage, though, this piece of equipment acts as a decoy, making noise and appearing as a red dot on the mini-map. This can confuse enemies and enable players to draw them out, which could secure them an easy kill or two. In Modern Warfare 2, though, the Decoy Grenades carry a secondary feature.

Find out exactly how to use these grenades to farm weapon XP by reading below. All players need to do to take advantage of this trick is equip the Decoy Grenade in their Tactical Equipment slot on their loadout. Players can also use the Extra Tactical Perk to spawn with an extra Decoy Grenade, but it’s not necessary.

The best way to take advantage of the Decoy Grenades is to throw them in high-traffic areas right after they spawn. Then, go about business as normal, moving around the map and killing enemies. As long as teammates are getting kills near the Decoy Grenades, players will essentially be earning double weapon XP for that match. This can cut down on the weapon level grind by a significant amount.