How to evolve Rockruff in Pokémon Scarlet and Violet

How to evolve Rockruff in Pokémon Scarlet and Violet 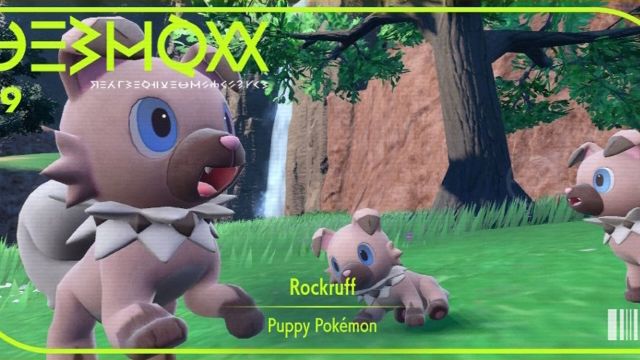 There are some Pokémon that have multiple evolutions from one form. Eevee is the prime example of this, as exposing it to any number of evolution stones makes it evolve into a different Pokémon. While it’s not the exact same as Eevee, Rockruff is in a similar boat. Rockruff has three different forms it can evolve into, all being variations of the Pokémon Lycanroc. In order to evolve Rockruff into the three forms of Lycanroc, players need to follow some specific methods in Pokémon Scarlet and Violet.

The three different forms Lycanroc can take are Midnight, Dusk, and Midday. Lycanroc changes its appearance depending on the form it takes. All three forms remain a Rock-type and keep the same stats, though, so players don’t have to worry about that changing. We’ll list the evolution method for all three forms below.

To evolve Rockruff into Midnight Lycanroc, players simply need to level Rockruff up to level 25 during the nighttime in Scarlet and Violet. This isn’t too difficult to do, as the day and night cycle is fairly fast in Paldea. Just make sure that it’s really nighttime and not close to it, as this will affect Rockruff’s evolution.

Alternatively, Midday Lycanroc can be achieved by leveling Rockruff to level 25 during the day. Once again, it’s best to do this when the sun is in the middle of the sky and it’s fully bright out.

Finally, we have the rarest form of Lycanroc, its Dusk form. To get Dusk Lycanroc, you need to catch a Rockruff that has the Own Tempo ability. You can check your Rockruff’s ability by going to its summary page. If your Rockruff does have Own Tempo, then you can evolve it into Dusk Lycanroc by leveling Rockruff to level 25 between the time of 7 pm and 7:59 pm. You can alter your Switch’s internal clock if you don’t want to wait real-world hours to evolve Rockruff.