How to evolve Rellor into Rabsca in Pokémon Scarlet and Violet

How to evolve Rellor into Rabsca in Pokémon Scarlet and Violet

The dung beetle Pokémon has a strange evolution method 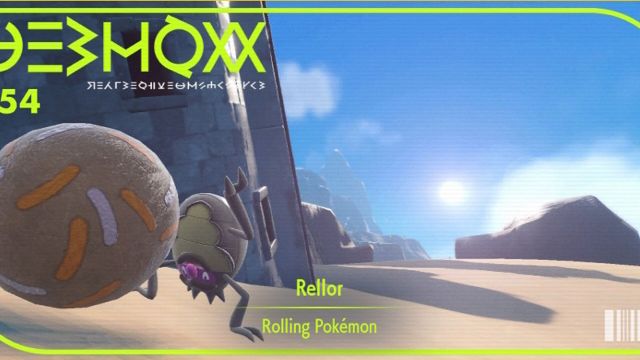 Provided by Nintendo Pokémon Scarlet and Violet screenshot of Rellor.

There are dozens of new, unique Pokémon that were added to the Pokédex in Scarlet and Violet. This includes the three starters, the box Legendaries, and everything in between. A part of the “in between” crowd is one of the more unique Pokémon to be added in Generation 9. That Pokémon is Rellor and its evolution, Rabsca.

Rellor is otherwise known as the dung beetle Pokémon, as its appearance is that of a brown bug that rolls a giant ball of mud around on the ground. While Rellor looks quite unique, its stats leave much to be desired. Rellor is a measly bug Pokémon that has below-average stats and not a very wide move pool. However, like a caterpillar emerging from its cocoon, Rellor eventually evolves into Rabsca, which completely changes its appearance and adds a strong secondary typing.

Unfortunately, Rabsca is difficult to obtain since Rellor has a strange evolution method. If you want to evolve your Rellor into Rabsca in Pokémon Scarlet and Violet, keep reading the guide below.

Like some of the other new Pokémon in Scarlet and Violet, Rellor doesn’t have a standard leveling or stone evolution. Instead, players need to walk 1,000 steps with it in Let’s Go mode. Let’s Go mode is when you allow your Pokémon to come out of its Poké Ball and battle by itself. You’re required to enter Let’s Go mode when taking on Team Star bases.

To activate Let’s Go mode with Rellor, move it to the front of your party and then press “R” when you’re in the overworld. This will send Rellor out of its Poké Ball, allowing it to freely roam and battle other Pokémon by itself. In order to evolve Rellor into Rabsca, Rellor needs to walk 1,000 steps while out in the world by itself.

Unfortunately, there’s no real way to track how many steps a Pokémon has taken in Let’s Go mode. You’ll simply have to guess when you think it has walked 1,000 steps. At this point, level Rellor up once and if you were successful, it will evolve into the Bug and Psychic-type Rabsca.