How to evolve Dunsparce in Pokémon Scarlet and Violet

How to evolve Dunsparce in Pokémon Scarlet and Violet

A new evolution for the land snake 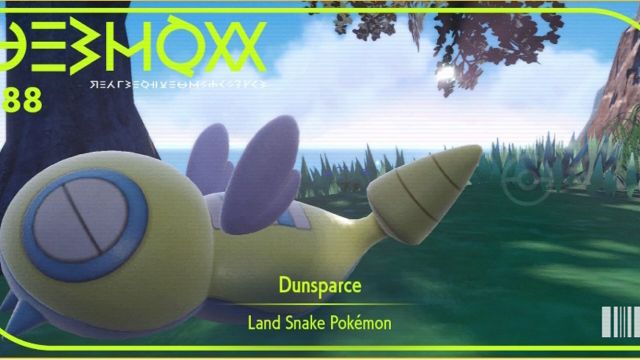 Provided by Nintendo Pokémon Scarlet and Violet screenshot of Dunsparce.

Dunsparce has been a beloved Pokémon for years since its original introduction in Generation II. It was never a fan-favorite Pokémon for its battle prowess, but more for its design. It’s for this reason that the community has been asking Game Freak and Nintendo for a Dunsparce evolution for years.

However, up until now, no such evolution was given to the lovable land snake Pokémon. Scarlet and Violet changed that, and now players can actually evolve Dunsparce.

Dunsparce’s new evolution is called Dudunsparce, and it remains a Normal-type Pokémon. However, there are actually two forms of Dudunsparce. One is a two-segment form and the other is a three-segment form. In order to evolve Dunsparce into either of those forms, players need to ensure they meet the necessary requirements in Pokémon Scarlet and Violet. Below, you can see exactly what those requirements are.

Once you’ve acquired your Dunsparce, you will need to train it to at least level 32. It’s at this level that Dunsparce learns the move Hyper Drill, which it needs to have as one of its learned moves if it’s going to evolve into Dudunsparce. Teach Hyper Drill to Dunsparce and then level up Dunsparce one level.

That’s everything you need to know about evolving Dunsparce into Dudunspace in Pokémon Scarlet and Violet. Dudunsparce is a solid Normal-type Pokémon, boasting an impressive 520 base stat total. Its primary use will be as an attacking tank, as its HP and Attack stats are its highest by far.