How to enable the classic spectating camera in Modern Warfare 2

How to enable the classic spectating camera in Modern Warfare 2

Disable the new feature with ease 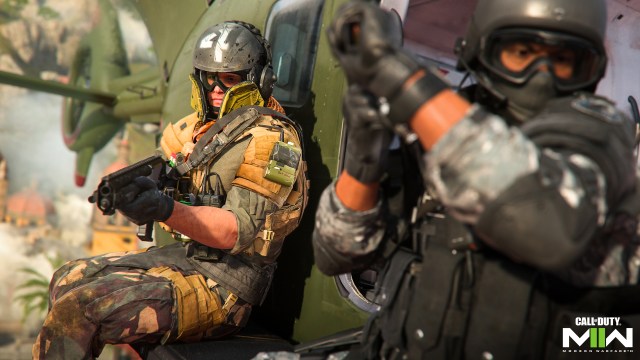 During the Call of Duty: Modern Warfare 2 beta, a new feature was showcased in its entirety. This new feature was a fresh way of spectating players in non-respawn game modes, like Search and Destroy and Prisoner Rescue. Instead of the traditional FPS spectating camera, Infinity Ward implemented a shoulder cam that gave players a whole new perspective. While some players enjoyed the change, veterans of COD would have much rathered seen the classic spectating cam come back in Modern Warfare 2. Luckily for that group, the developers made a setting that lets players choose the classic cam or the new shoulder one.

In this guide, we’ll show you exactly how you can do this and where to go in MW2 to do it.

Turn on the normal spectating cam in Modern Warfare 2

Fortunately for fans of the regular camera, the process to enable it just features a couple of clicks. Players will need to boot up MW2 and then head into their settings to get started.

For most players, turning this setting on or off won’t impact them much. However, for Search and Destroy fans and competitive players, this setting will allow them to view their teammates’ perspectives in the classic way.

If you’re looking for more gameplay-related guides, you can check out some of the ones we’ve already put out for Modern Warfare 2. This includes how to earn the Nuke killstreak, the best loadout for the M4, and how to earn camos through the new challenge system.