Players have two locations to choose from to complete this 30,000 XP challenge 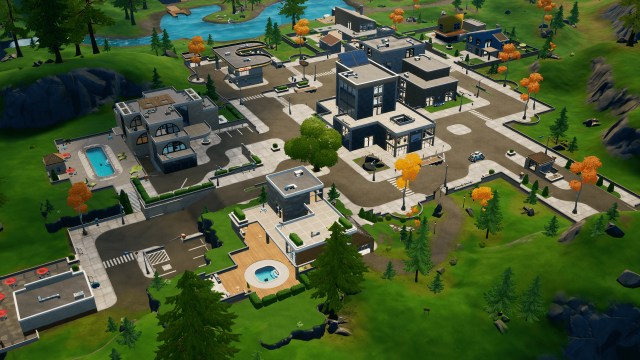 Provided by Epic Games Lazy Lake is one of the locations for this Epic Quest in Fortnite Season 7.

Like in most weeks of Fortnite Chapter 2 – Season 7, the Epic Quests are much simpler than their Legendary counterparts. While there might be more of the Epic Quests, the Legendary tasks involve additional attention. Challenges like accessing an IO’s computer or planting wiretaps aren’t things players can do by playing Fortnite like they always do. However, in Week 8, there’s one Epic Quest that does require this level of attention. It requires players to emote in front of a camera at Believer Beach or Lazy Lake.

The challenge, in theory, isn’t difficult. Fortnite players have been emoting since the game was first released. What makes the challenge difficult is finding the camera to emote in front of in either of the two POIs. Cameras are fairly small, so players might have a hard time locating them.

Emoting in front of a camera in Fortnite

Both of the cameras are located on the ground of each location. While this makes it easier to spot them, it’s still prudent for players to know exactly where they can find the camera. According to the challenge, players only need to emote in front of one camera at any location, so it’s the player’s pick on if they visit Believer Beach or Lazy Lake.

Whichever one players do choose, they can find where the camera is in that location below.

Once players find the camera they’re looking for, all they need to do is whip out an emote. Anyone will do, so it’s truly the dealer’s choice. After the emote has run its course, the challenge will be complete. 30,000 XP will then be added to the player’s Season 7 Battle Pass.