How to do a finishing move in Modern Warfare 2

How to do a finishing move in Modern Warfare 2

Humiliate your opponent in the best way possible 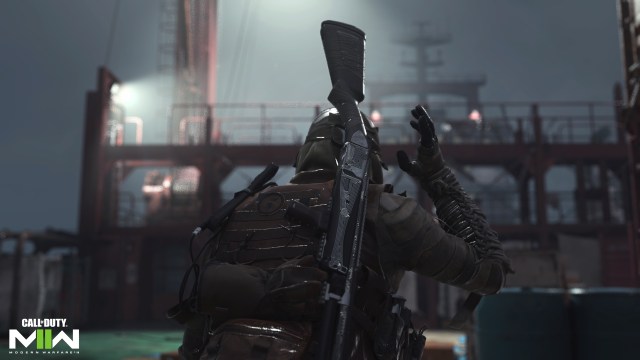 There are certain ways to establish your dominance over an enemy in Call of Duty. Sure, killing them with any primary weapon is always going to be the easiest way. However, there are other ways that do the job much better, and some of those ways don’t even involve a weapon. Veteran players will likely know that we’re talking about a Finishing Move, a mechanic that has returned in style in Modern Warfare 2.

However, if you need a refresher or perhaps you’re a new player, then you can keep reading below for all of the details about finishing moves.

There are a couple of requirements to pull off a finishing move.

After figuring out what your melee button is, you need to remember it and then position yourself behind an enemy. Then, hold it down while not moving behind the enemy and your finishing move should trigger. Be careful, though, as enemies can still shoot you as you’re performing the finishing move animation. Doing this mechanic out in the open isn’t too smart, but it’s up to you where and when you decide to pull off a finishing move.