How to beat Giovanni in Pokémon GO - Upcomer

How to beat Giovanni in Pokémon GO

The best counters for each of his Pokémon 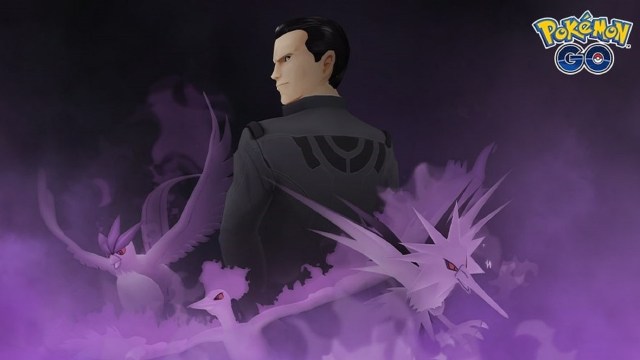 Provided by The Pokémon Company Giovanni has used a wide array of Legendary Shadow Pokémon since his introduction in 2019.

Whether stomping opponents with his Ground-types at the Viridian Gym in Kanto or heading up the arch-villainous Team Rainbow Rocket in Alola, Giovanni has been a prominent figure throughout the Pokémon video games. Giovanni has remained a persistent threat to Pokémon GO as the boss of Team GO Rocket.

The evil leader’s team has changed over time. Only his signature Persian appears on every iteration of his team. Despite all the other changes, the most recent version of his team features one of his strongest line-ups to date. Here’s how to defeat Giovanni in Pokémon GO as of January 2023.

Like in previous games, Giovanni leads with his Shadow Kantonian Persian. While it is limited to Scratch and Feint Attacks as its available Fast Attacks, it can learn a number of different Charged Attacks. These include Foul Play, Power Gem, Play Rough, Payback, and Frustration.

Finally, Giovanni currently uses Shadow Mewtwo as his ace in Pokémon GO. This powerful Legendary Pokémon is undoubtedly a threat, especially since it gets many possible coverage moves as Charged Attacks. These include Psychic, Thunderbolt, Ice Beam, Focus Blast, Flamethrower and Frustration. Meanwhile, its potential Fast Attacks are Psycho Cut and Confusion.

How to beat Giovanni in Pokémon GO

As a Normal-type, Persian’s only weakness in Pokémon GO is Fighting. Of course, Persian can potentially threaten opposing Fighting-types with Play Rough. As a result, the best possible counter for Persian is Lucario. Since it is part Steel-type, it takes neutral rather than super effective damage from Fairy-type moves. Meanwhile, it can run Counter and Aura Sphere to consistently rack up damage against Persian.

When fighting Giovanni in Pokémon GO, trainers should bring something that can take on Steelix, Nidoqueen or Rhyperior as their second Pokémon. While all three of these Pokémon share a weakness to Water, Steelix can potentially cause trouble for Water-types with Thunder Fang. As a result, the best possible counter to all three is a Water/Ground-type that resists Electric. Mega Swampert with Mud Shot and Hydro Cannon has the best match-up spread across all three of these Pokémon.

Naturally, Mewtwo is the biggest threat on Giovanni’s team. Despite being weak to Bug and Dark, it can take on opponents of those types with Flamethrower and Focus Blast, respectively. As a result, Ghost-types present the greatest challenge to Mewtwo. One such example is Mega Banette, which can run Shadow Claw and Shadow Ball. Conversely, trainers could take on Giovanni with their own Mewtwo if they have one with Shadow Ball, which it can only learn through EX Raids.