How the Manathirst keyword works in Hearthstone - Upcomer

How the Manathirst keyword works in Hearthstone

Manathirst represents the dependence that Blood Elves have on magical energy. 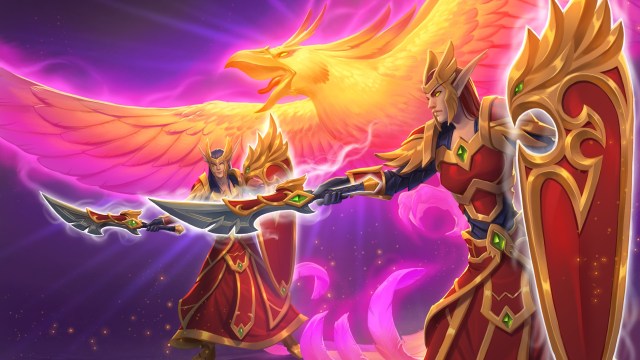 The March of the Lich King expansion in Hearthstone features the new Death Knight class, Undead minions, the Corpse mechanic and a class-specific Rune deckbuilding system alongside the Manathirst keyword. Here are more details about this keyword and examples of how Manathirst works in Hearthstone.

What is Manathirst in Hearthstone?

Manathirst refers to a new keyword that’s making its debut in Hearthstone’s March of the Lich King expansion. It’s a number on certain cards and it indicates the condition to meet before a player gains an additional effect.

Cards with the Manathirst keyword become more powerful when a player reaches specified amounts of mana. An important aspect of Manathirst is that players don’t have to spend that mana to power up their cards. Instead, players simply need to have access to that indicated amount of mana.

Manathirst example in March of the Lich King

“Manathirst cards do something extra if you have X mana crystals,” Hearthstone Features Lead Chadd “Celestalon” Nervig said in a video. “It doesn’t spend that mana. These cards just become more powerful past a certain point in the game.”

“The crystals can be full or empty,” Hearthstone Modes Design Lead Matt London added on Twitter.

NEW KEYWORD
MANATHIRST (X)
If you have X mana crystals, do the additional effect.
It doesn't spend the mana. The crystals can be full or empty.

And the effects are DISCO.

As for spells with the Manathirst keyword, a couple of them include Embers of Strength for the Warrior class and Arcane Bolt for Mage.

Embers of Strength summons two 1/2 Guards with Taunt. If the Manathirst (6) condition is met, then the Guards receive a +1/+2 buff. Meanwhile, Arcane Bolt deals 3 damage instead of 2 if its Manathiest (8) condition is met by the player.

Blood Elf lore in March of the Lich King

The Manathirst keyword ties in with Blood Elf lore in March of the Lich King as well. This is because the Blood Elves are drawing power from the Sunwell as they fight the Lich King’s advance into Silvermoon City.

The Sunwell refers to the main source of magical energy for Blood Elves. The Sunwell is also Hearthstone’s first-ever Neutral Legendary spell. Meanwhile, Silvermoon City is the capital city of that World of Warcraft race.

March of the Lich King is scheduled to launch on Dec. 6, according to Blizzard. As the launch date approaches, Hearthstone fans can look forward to a bunch of card reveals. The reveal schedule is located in the game’s online library.

Hearthstone’s Death Knight Preview Showmatch also runs between Nov. 16-17 starting at 12 p.m. ET each day. The action can be viewed over on Twitch, and fans can earn up to two March of the Lich King card packs throughout the event.