How the Corpse mechanic works in Hearthstone - Upcomer

How the Corpse mechanic works in Hearthstone

Whenever a friendly minion dies, the Death Knight player gains a Corpse resource. 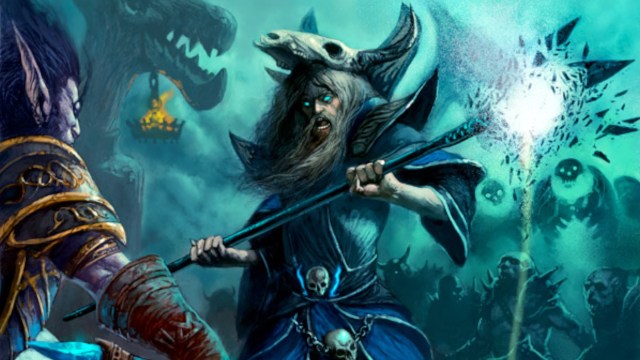 The arrival of Hearthstone’s March of the Lich King expansion on Dec. 6 includes the Corpse mechanic. Here’s what this mechanic is all about and how it works with the new Death Knight class.

Corpses in Hearthstone March of the Lich King

Corpses in Hearthstone refer to a new class mechanic debuting in the March of the Lich King expansion. A Corpse is a resource that’s specific to the Death Knight class, and using one or more of them can fuel certain cards.

Some cards that showcase the Corpse mechanic include Corpse Explosion, Vampiric Blood and Defrost. When a player casts Corpse Explosion, for example, the spell detonates a Corpse to deal one damage to all minions. If any minions are still alive, then it repeats.

How to get Corpses in Hearthstone

The Death Knight hero power, Ghoul Charge, can be used to gather Corpse resources. When Ghoul Charge is pressed for two mana, it summons a 1/1 Ghoul with Charge that dies at the end of the player’s turn. When the Ghoul dies, it becomes a Corpse resource. The number of Corpses is indicated right under the mana bar.

Death Knights will commonly raise Corpses as new minions. But no double-dipping, "Risen" minions turn to dust when they die. https://t.co/dzWMVbjfii pic.twitter.com/7DcxteYjjj

Each friendly minion leaves a Corpse behind, according to Blizzard. These include minions that are played, summoned via other cards and resummoned thanks to the returning Reborn mechanic.

Corpses in Hearthstone can also be raised by a card like Battlefield Necromancer. However, it should be noted that Risen minions won’t give Corpses after they die. Hearthstone Features Lead Chadd “Celestalon” Nervig and Hearthstone Game Designer Edward “Gallon” Goodwin went into detail about this on Twitter.

The Corpse keyword can have synergy with Unholy Runes, allowing players to flood the board with Undead minions. Unholy Runes are indicated by the color green around the mana area of some Death Knight cards. Meanwhile, Undead minions refer to a new minion type in March of the Lich King.

Some cards that have Corpse synergy and are of the Unholy variety include Battlefield Necromancer, Army of the Dead and Lord Marrowgar.