How Team Envy's yay earned his horns in VALORANT

How Team Envy’s yay earned his horns in VALORANT

El Diablo's come a long way since his CS:GO days 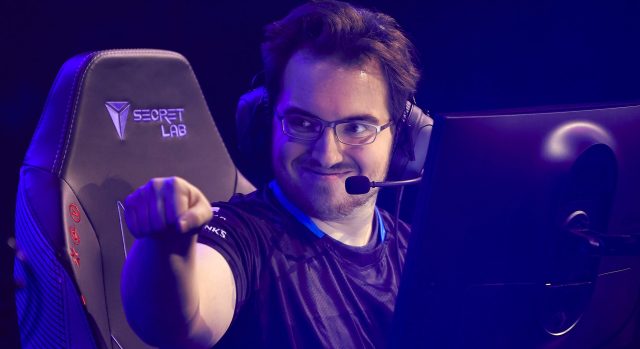 Provided by Riot Games Team Envy's Jaccob "yay" Whiteaker made the switch from CS:GO to VALORANT, like many other pro players, and to great success.

During the last year, professional VALORANT has developed the reputation of being a refuge for pro players from other titles. From Counter-Strike: Global Offensive to Fortnite, pros have migrated to VALORANT, lured by the promise of a robust competitive scene and a fresh start. For some, it’s an opportunity to conquer a new frontier. For others, it’s a chance to redeem themselves. Team Envy’s Jaccob “yay” Whiteaker was one of many CS:GO pros who made the switch to VALORANT last year in hopes of succeeding where they had previously failed. Coming to VALORANT, he hoped to avoid the misfortune and lost potential that plagued his previous efforts.

“We beat everybody,” yay said. “We beat all these top, premier, invite-level teams and everyone thought we were cheating. They accused us three of cheating and said that, when LAN time came, all of us would be caught. But that never happened. We just had some sick players.”

In 2017, after grinding it out in the minor leagues for two years, yay signed to Complexity Gaming. It was his big break; an opportunity to finally get more eyes on him. And, for a while, it seemed like things would only move uphill from there.

The team made it to their first big tournament, FACEIT Major: London 2018, looking like scrappy underdogs. Not to be counted out, they managed to get to quarterfinals but, ultimately, exited the tournament there.

It was a respectable showing, and one that boded well for the future, both for Complexity and for yay. But, only a few months after the major in London, yay found himself benched. His mentality and focus were both wavering, owing to personal issues and a deteriorating team environment.

“I was severely burned out and depressed, especially towards the end of Complexity,” yay said. “It was kind of a byproduct of the environment there, and me not doing a good job of taking breaks and realizing that this was a toxic environment that I needed to get out of.”

Yay departed Complexity at the end of 2018 and entered 2019 looking for a fresh start. He was determined to get a handle on his personal issues, as well as his professional career, and to become the best competitor he could.

“I made the conscious decision to work on these issues in my life,” yay said. “I really started working on my physical health and my in-game [performance] as well. For the longest period, I was really harsh on myself. It was a toxic thing where I really hated myself in-game and I wanted to fix every little thing. I was never confident, I was never into the games, I couldn’t see the good. So, I was constantly negative and I couldn’t play well because of that.”

Unfortunately, yay’s hard work largely went unnoticed by other big CS:GO teams. His lack of playtime and subsequent departure from Complexity made him a risky pickup, and few were willing to give him a chance despite his determination to improve himself.

“When you squander an opportunity in CS, people stay away from you,” yay said. “People don’t really touch those players anymore. So you either have to really grind and improve yourself or you’re just out.”

Yay was stuck in this limbo for more than a year. He bounced from team to team but none of them found much success. He never quite hit the peaks that his earlier career had indicated he was capable of.

Eventually, he and other future VALORANT pros like Matthew “WARDELL” Yu and Yassine “Subroza” Taoufik formed a team named Orgless. They made it to Flashpoint Season 1, where they finished in the top six. Organizations began to make tentative offers. Then the COVID-19 pandemic struck.

“We got like, one offer,” yay said. “But as soon as COVID-19 hit, everyone pulled out. We [had] no org, even though [we were] doing so well. And at the same time, there [was] this new game that all the orgs wanted to get into.”

Riot Games released VALORANT in June of 2020 and, almost immediately, it attracted players from other titles. CS:GO players, in particular, began to make the switch in droves — yay and his teammates among them.

“[VALORANT had] all these really cool utilities and concepts and new maps. It was like a fresh start,” yay said. “Plus, it felt good mechanically. It was a new wave of motivation. I was really demotivated because I was putting in all this effort and time in CS and it just wasn’t paying off. I started to hate the game. It got to a point where everyone on the team was like, ‘maybe we should just switch.’”

When yay did switch games, the results were immediate. He joined Andbox’s VALORANT squad and swiftly rose to prominence as one of the best Jett players in North America. He made a name for himself as an emergent VALORANT star, even though Andbox’s results left something to be desired.

Yay was doing well individually but he wasn’t satisfied with just that. During the VALORANT Champions Tour NA Stage 3 Challengers, he moved over to Team Envy, who finished third and qualified for Stage 3 Masters Berlin. Yay had finally become a player that teams were willing to take a chance on.

Team Envy made it all the way to Masters Berlin finals, where they lost to Gambit Esports, but it was enough to secure their spot at VALORANT Champions in Dec. Looking forward, the team’s future is bright, and yay is right there alongside them.

“I want to compete on the world stage,” yay said. “I want to push myself further and I want to continuously get better. I don’t care so much about results. It’s all about getting better as a player.”