How tall is Tyr in God of War: Ragnarok? Explained

How tall is Tyr in God of War: Ragnarok? Explained

The Norse God of War has some defining features 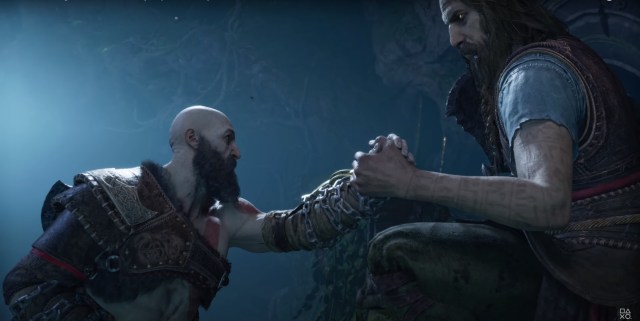 Provided by Sony Kratos and Tyr meet in God of War: Ragnarok.

In the first God of War, the Norse God of War, Tyr, is mentioned several times throughout the story. The Greek God of War, Kratos, and his son Atreus stumbled across many of Tyr’s previous locations in the Nine Realms, often finding clues as to what happened to the god. As the first game explains, Tyr was a giant who sealed the door to Jotunheim, land of the giants, and was presumed to be dead. However, Tyr is found to be alive in God of War: Ragnarok, and players are curious about several aspects of the giant, including just how tall he is.

Tyr was seen in the trailers for God of War: Ragnarok, so his appearance isn’t considered a spoiler. However, we will be spoiling some aspects of how Kratos and Atreus come across him in the story; if you haven’t made it to Tyr’s initial part of the Ragnarok story, we suggest you get there and then come back to this article to see just how tall he is.

Tyr in God of War: Ragnarok Kratos and Atreus discover that Tyr is alive and being held captive in the middle part of the Ragnarok story. The father and son duo are tasked with breaking Tyr out of his captivity so he can help them take down Thor and Odin. When players first see Tyr, they’ll see just how giant he is. Tyr towers over Kratos, who is over six feet tall himself.

Tyr, on the other hand, is a whopping eight feet and five inches tall, over two feet taller than Kratos. Players will discover more about Tyr as they play through Ragnarok, but we won’t spoil anything regarding the nature of how players go about teaming up with Tyr — let’s just say that not everything is as it seems in God of War: Ragnarok.

But there you have it; Tyr is over eight feet tall in Ragnarok, proving himself to truly be the last of the giants in Norse mythology.