How many people play Escape from Tarkov? Current player count (2023)

How many people play Escape from Tarkov? Current player count (2023)

The total players in Tarkov 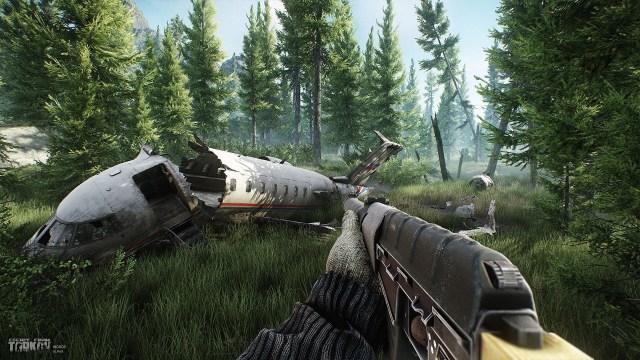 Escape from Tarkov was originally released in 2017 and has since grown to be one of the top shooters on the market. Its unique blend of traditional FPS gameplay mixed with the properties of a looter shooter and the danger of a survival game has caused hundreds of thousands of players to join its ranks. While we know that Escape from Tarkov sees thousands of players hop online every single day, some players are curious as to the game’s exact player count.

A game’s concurrent player count is a solid measurement of how that particular game is perceived by the community. If a game’s player count drops, players will start calling it a “dead game.” However, if the player count remains steady over long periods of time or even increases, then it’s safe to assume that game is doing well.

In 2023, Escape from Tarkov has seemingly been growing at a rapid rate, especially following the recent 0.13 patch. But just how much has it grown?

Unfortunately, there is no direct way to see exactly how many players are currently on Escape from Tarkov. Unlike with Steam games, Tarkov runs off of its own launcher and servers, meaning that we can’t actively see player count charts. The only way that we can be updated regarding the total player count is through the developers at Battlestate Games.

The last concrete update we received from the developers about the player count was over two years ago. On Reddit, a developer stated that the game had crossed 200,000 concurrent players following the 0.12.06 patch. In recent years, however, the player count has remained a mystery.

How’s it goin? from EscapefromTarkov

Stat-tracking sites, such as MMOStats, have estimated that Escape from Tarkov has garnered over 400,000 average daily players in 2023. It’s unclear where this estimate comes from, so take it with a large grain of salt. Other than that, though, we don’t exactly know the current player count of Escape from Tarkov in 2023.

We can say, however, that Escape from Tarkov is not a dying game going into 2023!