How many missions are in the Modern Warfare 2 Campaign?

How many missions are in the Modern Warfare 2 Campaign?

What's the total mission count before you finish the campaign? 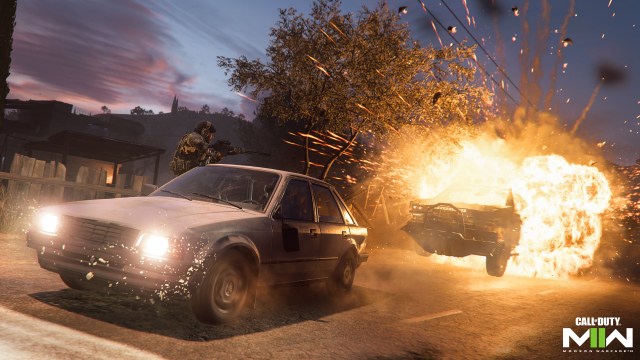 The Call of Duty: Modern Warfare 2 campaign has been out for an entire day in early access, and thousands of players have already completed it. Whether it’s because the gameplay or story was addicting or because it’s something to fill the void before multiplayer comes out, more players than ever have already beaten the campaign this year. However, there are still many players that haven’t devoted that much time to it yet, or they’re wondering if they want to dive in at all. For example, many of these players might want to know how many missions there are in the Modern Warfare 2 campaign.

The question of the total mission count in the MW2 campaign is exactly what we’re going to answer today.

Total number of missions in the Modern Warfare 2 Campaign

In total, there are 17 missions that players need to finish before they completely beat the campaign mode in MW2. These missions all have varying lengths, so just because one might have taken a short or long amount of time doesn’t mean the next one will match that. Although, the missions towards the end of the game do get longer compared to the ones at the beginning. The missions are titled as follows:

There’s also no real theme in terms of the setting for the missions. Players will travel all over the globe to beat the MW2 campaign. From America to Spain to Mexico to Amsterdam, players won’t be in one spot for long.

So there you have it, the total mission count for the MW2 campaign. If you have other questions about the campaign, feel free to read some of our previous guides, such as where to find a sharp weapon in the Alone mission or all of the safe codes in the game.