How many GB of storage do you need for Modern Warfare 2?

How many GB of storage do you need for Modern Warfare 2?

The number is staggering 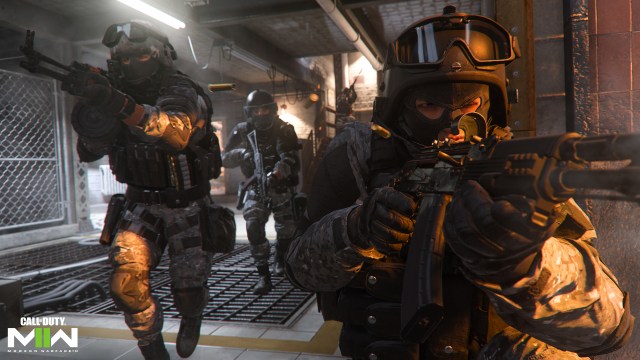 In just under two days, Call of Duty: Modern Warfare 2 will launch worldwide and a new era of Call of Duty will begin. Some players have already been able to partake in this by playing MW2’s early access campaign. However, a significant portion of the community is waiting for the multiplayer to drop. As of right now, all systems are able to pre-load the multiplayer for MW2; that is, if they’ve digitally pre-ordered the game. However, some players might be wondering how much GB of storage they need to hold Modern Warfare 2 in its entirety before they pre-load the game.

Over the last few years, Call of Duty has grown infamous for featuring gigantic file sizes for games/updates. Warzone is the worst offender when it comes to this, but the main series games also feature large file sizes. Of course, it’s to be expected that the file size for the entirety of MW2 will be quite big, as it’s packing the campaign, multiplayer, spec-ops, and eventually DMZ. However, players might not be ready for just how much storage they’ll need to accommodate Modern Warfare 2.

In the last few days, physical copies of MW2 have started to appear out in the general public. Because of this, we’ve gotten an early look at the back cover for the game, which usually gives away a few details that were previously unknown. For MW2, we got to see a teaser for Call of Duty HQ, which we still don’t officially know about.

We can also see that players will need at least 130 GB of storage to download Modern Warfare 2. That is quite the number, but note that the back cover says Warzone 2.0 is included with MW2. The two games being bundled together could be the reason for needing 130 GB.

Regardless, players might to clear out some hard drive space if they want to download Modern Warfare 2 before or after its release on Oct. 28.