How many chapters are there in Forspoken? Full chapter list

How many chapters are there in Forspoken? Full chapter list

Know what you're getting into 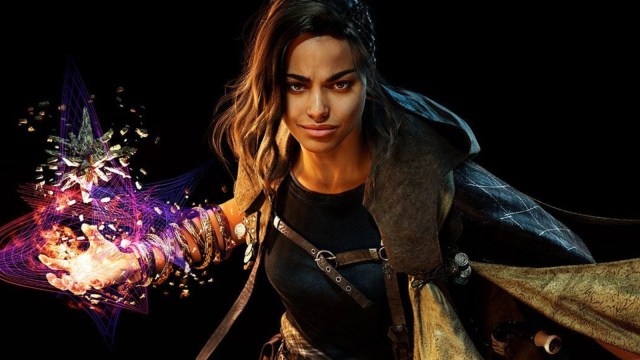 Provided by Square Enix Forspoken released this week for PlayStation and PC.

Over the course of the past week or so, there’s been quite the controversy surrounding the overall length of Forspoken. Some leaks came out before the review embargo lifted on Jan. 23 that stated the game could be beaten within eight hours. Then, when the reviews came out for Forspoken, they seemingly backed up this claim, with reviewers claiming that they breezed through the story in roughly 10-12 hours. With Forspoken now released for all players to experience for themselves, some are interested in knowing just how many chapters there are in the game, as this usually gives a solid indication of how long a game will take to beat.

While it’s entirely possible for players to beat Forspoken in 12 or so hours, the game can easily take upwards of 25-30 hours. There are plenty of side quests and activities in the world to take part in that will drastically increase your playtime. Of course, if you’re purely interested in the main story and not any side quests, then you’ll just need to know how many chapters there are.

In total, there are 12 chapters in Forspoken, with the length of each chapter differing. The chapters, in order, are:

While you can beat each of these chapters in under an hour, you might find some more difficult than others. Speaking of which, the length of Forspoken can largely depend on what difficulty settings you’re playing on. For example, players on easier settings will likely finish the game before those playing on harder settings.

If you want a blunt answer, then Forspoken will likely take around 12 hours for those just looking to play the main story on a normal difficulty. However, if you want to challenge yourself or explore the world in its entirety, you’ll be spending closer to 30 hours in Athia.