How does Loaded Dice work in TFT Set 8?

How does Loaded Dice work in TFT Set 8?

May the odds be in your favor 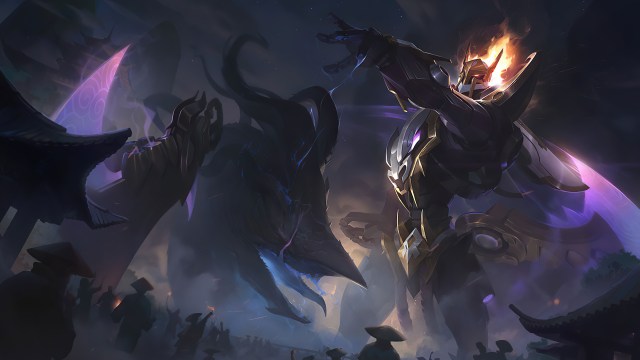 Teamfight Tactics has introduced a ton of experimental changes into the game over the eight expansions in the last few years and some of them are good enough to stick around. Although some big examples include Augments and armories, some of the consumable items have become a standard part of the game that everyone seems to love.

Even though Champion Duplicators, Reforgers, and Magnetic Removers all show up frequently in-game, there is one consumable that has a higher impact although is a bit rarer. Loaded Dice do exist in TFT: Monsters Attack! and players should be aware of how it works if they are given one.

Loaded Dice is a consumable item in TFT that requires a player to drag the item onto a champion on their bench. When a player does this their shop will refresh but with a twist. Champions in this refreshed shop will only contain traits of the champion that a player used a loaded dice on. For an easy example, if a player uses a Loaded Dice on a Threat champion like Cho’Gath, only Threat champions will appear in the shop.

For a more convoluted example, if a player uses a Loaded Dice on a Vayne, champions in the refreshed shop could be Recon, Duelist or Anima Squad champions. The only caveat here is that the regular shop odds still apply which means that if a player is not at least Level 7, a five-cost champion will not appear in the shop even if there are five-cost champions that share the trait of the champion a player used a Loaded Dice on. But there are still ways to metagame the odds in your favor.

It’s because of the Loaded Dice shops keeping the regular shop odds that allows players to get three-star champions easily. For example, let’s say a player has a goal to get as many Wukongs as possible and have a Loaded Dice. Since Wukong is a one-cost Mecha: PRIME champion and a Defender, if a player uses Loaded Dice on Wukong at Level 3, there is a 37.50% chance that Wukong will show up in any given shop slot on the refresh since there are other Defender champions that exist in the Level 3 shop pool.

But if a player uses a Loaded Dice on Draven, who is a Mecha: PRIME and Ace champion — since Draven is the only Ace champion that can show up at Level 3 and Wukong and Draven are the only Mecha: PRIME champions that can be found at Level 3 — there is a 75% chance that Wukong will show up in each slot in the shop since one-cost champions are more likely to show up than two cost champions and there are only two possible champions that can show up.