While the path is tough, Group C is still technically open for Fnatic after their 0-3 start 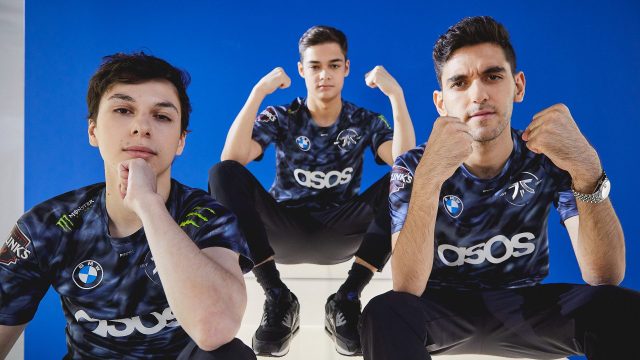 Riot Games/Getty Images Fnatic are still fighting for their tournament lives but they have been in this situation before.

Fnatic came into Worlds 2021 on a hot streak. The summer split fifth seed surged all the way into the finals through a wild losers bracket run that saw them defeat many of the League of Legends European Championship’s best. They were rewarded with Europe’s second seed heading into Worlds.

The organization’s pedigree at past international tournaments led to high expectations heading into Worlds 2021. When they found themselves in the group of life, many expected that this team would have a good chance to break out into the knockout stage. Instead, Fnatic has had a nightmare of an event so far.

Just hours before Fnatic’s first game at Worlds against Hanwha Life Esports, Fnatic bot laner Elias “Upset” Lipp, who was the third-team LEC all-pro bot lane selection in the summer split, had to return home due to a family emergency. Without their star bot laner, Fnatic were forced to turn to their untested rookie, Louis “Bean” Schmitz.

Bean has never even played a game on the LEC stage, let alone in a spot as big as Worlds. With a brand new player in the mix, the new-look Fnatic expectedly dropped the first two games of the group stage. Their matches against Royal Never Give Up and Hanwha Life Esports were not particularly close.

Sitting at 0-2, Fnatic went into their match against PSG Talon in a virtual must-win. A loss would put them at 0-3.  Going into the second half of the double-round robin, they would most likely need to win all three games and at the very least, win two of three. A win would let them keep pace in the group. In fact, a win would put every team outside of the undefeated RNG squad at a 1-2 record.

After a back and forth game, Fnatic managed to lose a heartbreaker but they showed plenty of fight. Fnatic threw everything they had at PSG Talon but it just barely wasn’t enough. Regardless, their loss puts them at 0-3 heading into the second half of the double-round robin, but they are technically still alive.

How Fnatic can still make it out of groups

Fnatic now sits at 0-3 but they still have a chance to advance. Although PSG Talon are two games up in the standings for the second and final spot in the knockout stage from Group C, Fnatic has been in this situation before. At Worlds 2017, Fantic also ended the first half of the group stage winless. During the second half, Fnatic picked up two wins against the then second-place Immortals and third-place Gigabyte Marines.

After the dust settled at the end of the double round-robin, Fnatic found themselves in a three-way tie for second place with all three teams sitting at 2-4. This triggered multiple tiebreaker games. Fnatic proceeded to beat Immortals and Gigabyte Marines in their two tiebreaker matches, going 4-0 on the day and squeaking into the knockout stage.

For this to happen again, Fnatic will need to beat both PSG Talon and Hanwha Life Esports on Sunday. At the same time, they would need PSG Talon to lose to both RNG and HLE. Finally, they need HLE to lose to RNG. If all of those things happen, Fnatic will find themselves in another 2-4 tie along with HLE and PSG Talon, triggering tiebreaker games.

If Fnatic can also beat RNG and close out the groups with a 3-0 finish, they still won’t be in complete control of their destiny but their road will be much easier. At that point, Fnatic would only need PSG to lose two of their three games instead of all three.

Catch the action on Sunday to see if history repeats itself for Fnatic at Worlds 2021.