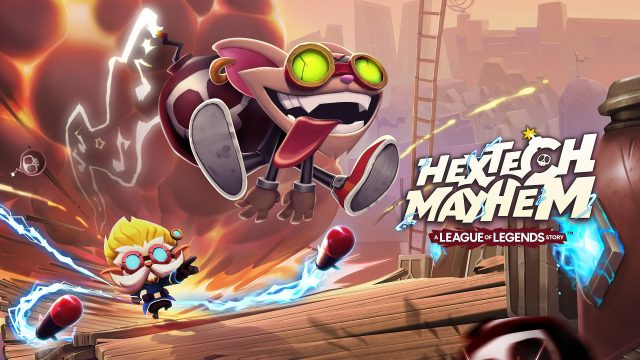 Provided by Riot Forge Ziggs is creating a large bomb. What could possibly go wrong?

Riot Forge is adding another single-player game to its repertoire with Hextech Mayhem: A League of Legends Story, the publisher revealed on Tuesday. Hextech Mayhem is a rhythm runner developed by Choice Provisions, an indie studio known for the Bit.Trip series.

Hextech Mayhem: A League of Legends Story is the third single-player game set in the League of Legends universe after Ruined King and CONV/RGENCE, both of which are still in development. The game will star hexplosive expert Ziggs and, according to the press release, it will see players jump and attack to the game’s soundtrack  in order to “avoid obstacles, disarm enemies, and light fuses for satisfying and explosive chain reactions to achieve maximum mayhem.”

Hextech Mayhem will release on PC and Nintendo Switch on Nov. 16.

With three single-player games on the way, Riot brings the League of Legends stories to a larger audience. The hit show “Arcane” has already risen to the No.1 spot among all shows on Netflix, widening the lore of Runeterra to audiences beyond MOBA fans. Hextech Mayhem joins Ruined King and CONV/RGENCE in the growing line-up of story-driven League of Legends content, all published by Riot Forge and developed by third-party partner studios.

Speaking of the story, there’s not much to go on just yet. All we know is that in Hextech Mayhem, Ziggs is working to create Runeterra’s biggest-ever bomb. To do this, he visits (i.e. causes chaos in) various neighborhoods in Piltover. And, in the process, he tries to stay out of fellow Yordle and “no-fun-allowed” scientist Heimerdinger’s clutches.

Hextech Mayhem is set to release on PC and Nintendo Switch on Nov. 16, with pre-orders receiving an exclusive Ruined Ziggs Skin. The game will also soon become available on the Netflix mobile app and will be included with any Netflix membership.