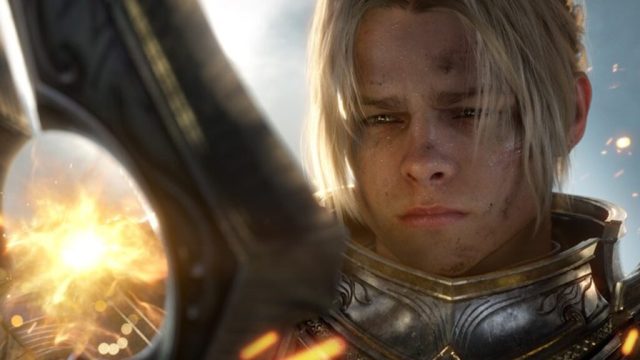 Heroes of the Storm has just dropped another big hint at Anduin Wrynn becoming the next character to join the Nexus.

On the official Heroes of the Storm Twitter account, an image of Shalamayne is shown. Shalamayne is a sword wielded by Anduin Wrynn, who is the King of Stormwind and part of the Alliance in the World of Warcraft universe.

“It is past time I joined this fight.” pic.twitter.com/59h4Nj2Wcn

Previously, the sword was used by Varian Wrynn, Anduin’s father, who is already in the Nexus. A merged weapon encompassing the elven blades Shalla’tor and Ellemayne, Shalamayne was also used to slay a cunning dragon named Onyxia in the World of Warcraft universe. The merging of the two weapons occurred when Varian himself combined back into one person despite Onyxia’s magic that split him into two people.

After the fight against Onyxia, Varian was able to split Shalamayne whenever he wanted to do so. An instance where this was shown was during the World of Warcraft: Legion expansion at the Broken Shore.

When Anduin found Ellemayne, a memory of his father reminded him of “what a king must do.” The line paralleled another line from an in-game cinematic during the Mists of Pandaria expansion, where Varian said the same words to his son. The scene was in context to Garrosh Hellscream’s defeat and Vol’jin becoming the Horde’s Warchief at the time. After Anduin was reminded of his father during Legion, Ellemayne emitted a golden glow. Anduin was later able to wield the merged version of the sword himself.

In the cinematic trailer for the World of Warcraft: Battle for Azeroth expansion, Anduin was seen doing just that. However, Anduin had an affinity with the Light and was trained as a Priest. Wielding a sword was not what he was used to, despite his past of Varian attempting to train him in that regard. After dropping Shalamayne on the ground, Anduin cast a mass resurrection spell, turning the tide of battle in favor of the Alliance.

Anduin’s upcoming presence in Heroes of the Storm would mean the completion of the classic Hearthstone hero class character set within the card game. It would also mean that players may look forward to interactions with other characters, like his father, who have already joined the Nexus.

For more news about the Nexus, check out our Heroes of the Storm coverage at Daily Esports.