Here's the full boss order in God of War: Ragnarok

Here’s the full boss order in God of War: Ragnarok

The bosses that will mark your journey in the Nine Realms 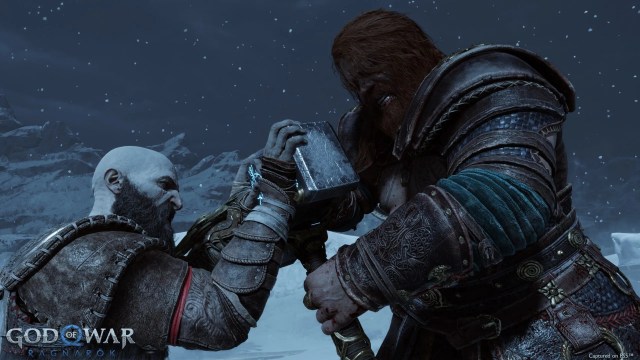 Provided by Sony God of War: Ragnarok screenshot with Thor.

After over four years since God of War 2018, God of War: Ragnarok has finally arrived for all PlayStation players to experience.

The game has received rave reviews thus far and the community has seemed to agree with those reviews up to this point. For players that haven’t gotten to experience the game yet, we won’t be posting any major spoilers in our guides about the game. However, some players have been curious about the number of bosses and the boss order in God of War: Ragnarok, so today we’ll be answering those questions.

Bosses are a hallmark of the God of War franchise. In the past, they’ve been bombastic battles with fictional and mythical gods from across mythology. In Ragnarok, players will experience Asgard’s full wrath, as was teased at the end of God of War 2018. However, just how many Asgardian characters will players get to go up against as Kratos in Ragnarok? That’s what we’ll showcase below.

As a warning, there are minor spoilers ahead, but only regarding the bosses and their names in God of War: Ragnarok.

The boss order in God of War: Ragnarok

In total, there are 16 major boss fights that players will encounter during their journey through the Nine Realms this time around. That’s quite the number, and the bosses that players will meet along the way are some of the most well-known Asgardian gods in the mythos. Their names and the order in which they appear is viewable below.

Thor and Odin being bosses in Ragnarok was expected, but seeing the likes of Heimdall, Freya, The Huntress, and others on this list should make mythology fans extremely excited. If players only want to see the boss battles in God of War: Ragnarok, they can check out this video showcasing all the fights.