Hadi, IZaYaKI and Reiner make it into the OWL 2022 Role Stars 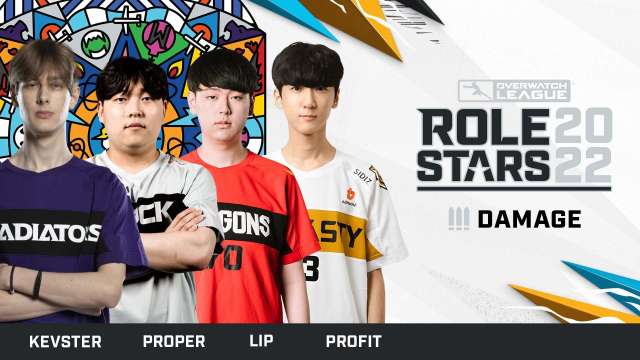 During the Overwatch League 2022 season playoffs, the league revealed the 2022 Role Stars for each position.

To put it simply, each role has its own all-stars, with four players from across both divisions deemed the best in in their role. In total, there are 12 Role Stars in 2022, with all of them fighting in the season playoffs. The league announced each Role Stars separately throughout the tournament, but here are each role’s top four players as voted by the league and media.

Starting with the tanks, here are the four 2022 tank Role Stars.

The two more surprising picks out of the four were the latter two: Hadi and Reiner. Other names in the mix included Dante “Danteh” Cruz and Xander “Hawk” Domecq, both for their flexibility while leading their team to successful seasons.

However, the expectations for Hadi were low coming into the year, so his rise to prominence was too much to understate. At the same time, while having a poor Summer Showdown, Reiner’s skills in the other three stages were too great to ignore. Especially after winning two stage titles back-to-back as a rookie, the recency bias was a bit strong for Reiner’s critics.

Second up, here are the four 2022 support Role Stars.

did someone call for HEALS? here are your support Role Stars for #OWL2022!https://t.co/LSyzMoBso7 pic.twitter.com/f0c8Oz9fVF

For the supports, the spread in votes was larger than the tank category. Out of the four, the Dallas Fuel’s backline both got in, as Shu gets his second Role Star in a row. The only addition that seemed a bit weird was IZaYaKI, mainly due to other supports with better performances who could’ve been nominated instead. Yet, his importance in the Shanghai Dragons‘ successful regular season and Summer Showdown was nothing to scoff at.

Last but not least, here are the four 2022 DPS Role Stars.

Where the other categories had more variety in votes, this one was generally agreed on by most fans. Kevster was a key cog in the Gladiators’ success, while Proper might be the best rookie in Overwatch League history. LIP continued his form from 2021 into 2022, remaining one of the best DPS in the world. Lastly, veteran Overwatch DPS player Profit continues to age like wine, crucial to the Seoul Dynasty’s top seed in 2022 and joining the Role Stars.