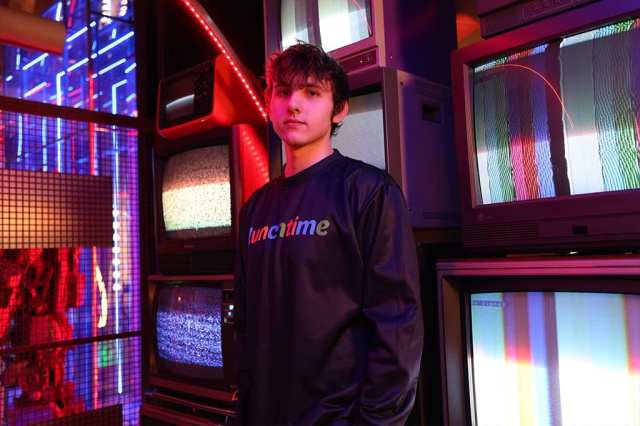 Last weekend, I watched the Team One Trick main event, Hearthstone’s biggest community-run Wild tournament to date. The event was streamed over the weekend and a lot of the Wild community came out to watch. One of the matches the viewers were treated to was a very interesting clash between “Shackdaddy” playing a Jade Druid deck and “Spiral” running Togwaggle Druid. This sparked a lot of discussion between me and some of the other high-ranking Wild players. Nobody really knew how to actually play this matchup as it was so rare on ladder. I took it upon myself to look into it and explain to you how to play it yourself.

To start this off, we first need to know how both players win the game. Due to the nature of the Togwaggle Druid deck, their gameplan is to take one or more of the Jade Idols. As such, the Jade Druid has to try and keep at least one copy of Jade Idol in their hand at all times to not lose in fatigue. Once the Jade Druid has accomplished this requirement, the goal is to gain the lead in Jade count.

For the Togwaggle Druid side of things, their goal is to take the Idol from their opponent using their Combo. The combo of Togwaggle Druid consists of 4 cards. The first is Aviana, to make the remaining minions cost 1-Mana. Secondly, you want Kun the Forgotten King, to use 10 additional Mana. You also want to bring King Togwaggle, to switch decks with your opponent. The final piece is Azalina Soulthief, to copy their hand and make the switch of decks permanent.

The Togwaggle Druid can then use their advantage in card draw options to catch up and advance in the Jade count. A key play Spiral made in this game was very good for this purpose. He purposely used Ultimate Infestation to overdraw the remaining draw cards in his deck, denying his opponent the option to use these against him.

The mulligan for this exact match up is very interesting. The tournament is “open decklist” so both players know what match they are playing. This allows for very specific strategies.

From the Jade druid side of things, your first priority will always be Jade Idol. You need one for the game to continue past the Togwaggle combo. From the discussions I’ve had about the matchup over the last few days, most people seem to agree that you want to keep the 2nd copy as well if given the chance. Other key cards are the obvious ones: Fandral, Nourish, Aya, all other Jade cards, and of course, Wild Growth.

For the Togwaggle Druid, the mulligan is a lot more straightforward. Wild Growth and Nourish are the best cards in your deck. If you have both you can go as far as keeping Ultimate Infestation on top of it. The combo pieces are generally too slow to keep as they don’t help you get closer to the other parts of the combo.

Looking at the players’ mulligans, there isn’t a whole lot going on. Though, I believe Shackdaddy is wrong to keep the copy of Branching Paths and to not keep Fandral.

This clip shows Shackdaddy making a big mistake when he uses his only Jade Idol in hand to shuffle the other copies into his deck. This is a problem because the players are going to switch decks later; shuffling here technically puts the other Jade Idols into his opponent’s deck. That being said, I do like Shackdaddy’s usage of Naturalize here, even if in this particular instance it worked against him. Taking the chance to overdraw one of your opponent’s key cards can be a game-winning play and it was worth taking that shot.

Unfortunately for Shack, Spiral already had what he needed and responded by playing Ultimate Infestation. This is a great play because it hits Shackdaddy’s deck hard and forces him into an uncomfortable situation where he now only has four draws left to get back the Jade Idol he wasted earlier.

Shackdaddy had to spend nervously in the following turn while trying to get an Idol back into his hand. He managed to just barely pull it off but still remained at a large disadvantage, as the deck Spiral took from him still contained the four Jade Idols he had reshuffled earlier.

In the end, the mistakes Shackdaddy made along the way just proved too costly and Spiral pushed his superior positioning in the match all the way to a decisive victory.

Even if Shackdaddy did misplay at times, the Jade Druid deck is still a strong one. There are a few things you can do to improve your chances in this match and avoid suffering the same fate.

Firstly, you want to play cards like Poison Seeds and Spreading Plague early. These cards help in stalling out the game and since you (should) have less access to draw cards, a longer game doesn’t favor you. Keeping these around and available for the Togwaggle Druid to eventually steal or copy can hurt you down the line.

Another card you should treat similarly is Fandral Staghelm. This card allows you to use both effects on a “Choose One” card like Jade Idol. Since you don’t want to use the shuffle effect on your Idol until after the Togwaggle combo and you also don’t want to keep Fandral around long enough for your opponent to steal it, it’s best to use it early with a card like Nourish instead.

Jade Druid vs. Togwaggle Druid might be one of the most intriguing matchups Wild has to offer. Though very rare on ladder, it is very interesting to spectate or play yourself. I think Spiral and Shackdaddy both played this match-up quite well even though they were obviously unfamiliar with it like most of us before today.

I’d like to thank all of you for reading and I hope this article helped you learn more about a rare clash that you don’t see every day. If you have any ideas of what match-up I should cover next, please let me know. This was a very fun project and there will surely be more to come. Stay tuned!