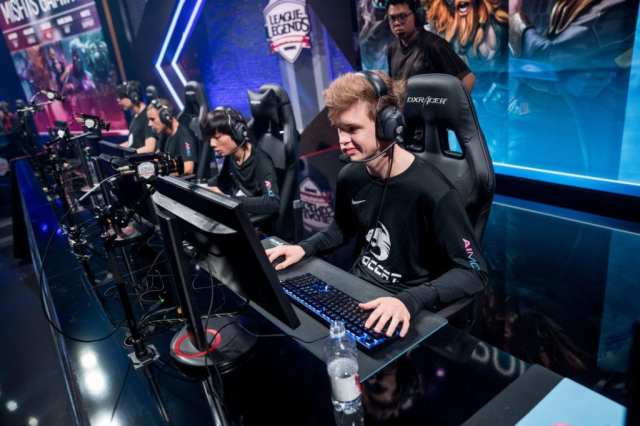 One of the League of Legends European Championship’s newest teams is finally deciding on a bottom lane duo. Rogue Gaming is acquiring Martin “HeaQ” Kordmaa as their ADC for 2019.

This news comes right after the team would announce the addition of Kim “Wadid” Bae-in yesterday. The day before, Rogue would also announce Mateusz “Kikis” Szkudlarek as their jungler for the next season. They will be led by former SK Gaming and ROCCAT top laner, Simon “fredy122” Payne, as their head coach. Reports say that the team will be adding Kim “Profit” Jun-hyung and Chres “Sencux” Laursen next as the team’s top laner and mid laner.

Adding HeaQ has many European fans sighing at the roster of Rogue. If the reports are correct, the lineup is lacking a lot of firepower and starpower across all lanes. In fact, many of their players were good complimentary players to stars on their former teams. For example, Wadid had Petter “Hjarnan” Freyschuss and Luka “Perkz” Perković on G2 Esports. Kikis had Daniele “Jiizuke” di Mauro and Amadeu “Attila” Carvalho on Team Vitality.

HeaQ was on another team lacking star power beforehand when the LEC was called the EU LCS. Team ROCCAT was a team made up of role players and complimentary players. However, with the lack of firepower, they would skirt the bottom of the standings every season. With Rogue, it looks like the same will occur, if none of these players have a sudden realization of potential. Wadid is a talented support, but Hjarnan is a much more capable ADC than HeaQ ever was. Could this bottom lane surprise some people in the LEC? Short answer: probably not.

With the amount of new talent streaming into the LEC due to franchising, every team will need to keep up. The strong got stronger, while many of the new teams look lackluster in terms of rosters. However, new talent also means new stars being born this year. Many of these rookies coming into the league could become the next European superstar. However, with Rogue, they have picked up a medley of players whose talents we’ve already seen.

Profit has been traveling over the past two years, first playing for SK Telecom T1, then moving to Europe. He would play for Ninjas in Pyjamas for a season, before transferring to ROCCAT. Kikis only had a big break with Team Vitality this year, but beforehand, he was playing on multiple teams outside of the EU LCS. Sencux may be one of the weaker links of the team, as he was a huge liability for Misfits Gaming in 2018. Unless one of these players has a resurgence in skill, we may see Rogue at the bottom of the ladder come the end of spring.

Rogue may have wanted to look at the various rookies in the European scene, rather than taking decent roleplayers from bottom tier teams. Although this is a new start for many of them, plenty of the roster are already proven to be, at best, decent. However, we still wish Rogue the best of luck in the upcoming LEC season.

What are your thoughts on HeaQ joining Rogue? Let us know what you think in the comments below! If you want more League of Legends coverage, check us out here!