Hanamura is back in Heroes of the Storm - Upcomer

Hanamura is back in Heroes of the Storm 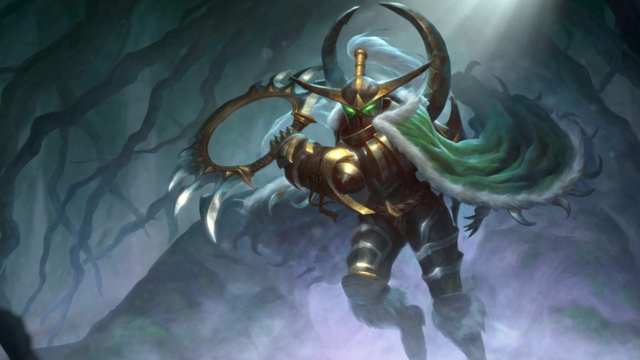 Last year, Blizzard decided to remove the map Hanamura from Heroes of the Storm entirely. At the time, Hanamura was the newest map available and it ventured into previously uncharted territory with its item-dropping camps and “deliver the payload” style gameplay. These new concepts were exciting and unique, but they brought many gameplay challenges that Blizzard wanted to address by reworking the map. Here are the details!

On the first rendition of the Hanamura map, each team had up to two payloads that needed to be escorted across the map. Upon reaching their destination, the payloads would fire missiles at the enemy core similar to how Towers of Doom works. However, because each team had up to two payloads at once, there could be potentially four different objectives happening at the same time. This was a lot to take in and people weren’t too fond of it.

In the new Hanamura, there will be one single payload during objective times. This will act sort of like a tug-of-war where each team is vying to escort the payload to their respective destination.

Hanamura’s Core can be Attacked

In the previous version of Hanamura, the core itself was protected like Tower of Doom’s core. This was not a very popular design choice as it made sieging on the map feel futile. This style of core is fine on Towers of Doom because the structures respawn constantly on that map, switching which team they’re allied to each time. Because of this, structure damage really matters as you have to potentially capture and recapture multiple towers throughout a game. On the original Hanamura, once a fort or keep was down, it stayed down. This led to games where one team would have no structures left and the game would come down to just brawling over the objective until one team won.

In the new Hanamura, the core works like the majority of other Heroes of the Storm cores. It can be attacked by heroes, minions, mercenaries, and monsters just like Cursed Hollow and the many other ‘normal’ core maps.

Objective no Longer Targets Only Core

Before, the payloads would shoot missiles at the protected enemy core to subtract from the core’s hit points. This stood in stark contrast to the traditional fort/keep setup that the map had and it just felt weird having those styles of maps combined. They tried to incentivize taking forts and keeps down by making each one give an extra shot on the core at next objective, but it still didn’t mesh well.

Now, the objective will shoot missiles at towers, forts, wells, and keeps in a similar fashion to the cannonballs on Black Heart’s Bay. Additionally, taking down forts and keeps no longer adds an extra shot to the objective missiles.

In lieu of the usual Watchtower areas seen on maps like Cursed Hollow and Sky Temple, the Hanamura rework has a new kind of vision mechanic: Recon Camps. These camps, once defeated, will offer the vision that Watchtowers do on the other maps. However, taking the camp means your enemies can re-take it to provide vision for their own team. One interesting component of these new camps is that they give experience points when captured, where Watchtowers do not. This means capturing one will give you XP and vision, but also allow your opponents to take them for the same benefits. It will be interesting to see if teams that are ahead in experience will opt to not take the camps in order to keep the enemy team from getting the free XP from them.

These camps existed in the older version of Hanamura but dropped an item that gave limited vision instead of just being a capture point. This change seems to be a proactive step towards making the map feel less cluttered.

In addition to the new Recon Camps, Blizzard has changed up the other camps available on Hanamura. The old version of the map had Turret Camps, Healing Camps, and Recon Camps. Blizzard has decided to remove the Healing Camps and the Mega Enforcer (Boss) from the map entirely. Instead, there are now Sentinel Siege Camps. These camps, once taken, will push down a lane like a normal camp on any other map. Besides auto attacking, the Sentinel Siege Camp will also perform a wide Area of Effect swing now and then with its sword.

Turret camps will remain unchanged as of this rework.

Hanamura was a complicated map that had a lot going on in its original form. The community didn’t care for it much, so Blizzard took it away and is now re-releasing it in a better fashion. These changes should serve to make the map less frustrating to play on than it used to be and keep it more in line with the rest of Heroes of the Storm maps. Having camps that actually push lanes and cores that can be attacked should open up the map to a variety of different strategies that it just didn’t have access to before. These are exciting changes and I can’t wait to hop into the Nexus to try them out.

For information regarding the new hero reveal that Blizzard announced alongside the Hanamura re-release, check it out here!  Let us know what you guys think in the comments, and thank you for reading!