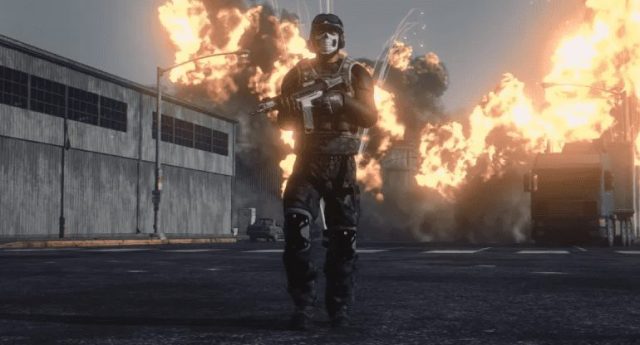 Less than half a year after its launch in April, H1Z1 Pro League is shutting its doors. This announcement was made via message to teams and players from Jace Hall, co-chairman of Twin Galaxies. The message stated that a letter has been sent to team organizations within the League with notice of the second split’s indefinite suspension. It went on to confirm that a second league season will not be renewed or scheduled at the current time. Teams are immediately relieved of their League obligations and free to pursue other avenues:

It’s with a heavy heart that a letter has been sent to the League’s team organizations providing notice that the 2nd Split has been suspended indefinitely, and that a second league season will not be renewed or scheduled at this time. As a result, teams have been immediately released from their League specific obligations. – Jace Hall, Twin Galaxies

The battle royale game’s League has been fraught with issues since its initial launch. According to ESPN, these include incorrect Visa classifications for its players and delayed stipend payments to its teams. Each League team agreed on a rate of $400,000 — a total of $6 million between all 15 teams — per year. The money was to come in two installments lining up with the two splits of the year. The $400,000 breaks down to $125,000 for player salary and $75,000 for content creation and other duties. According to the League agreements, this money was due seven weeks after a league split.

Show me the money!

The league has continually failed to pay the second split money, despite repeated requests from teams. Due to a constant postponement of the second split, many players are not competing in H1Z1. Some of the league’s teams, many major esports organizations, are paying their players at a net loss — while other teams have had to stop paying players altogether. The second split was to start no later than Dec. 31, leaving the League officially overdue as of Monday.

Low H1Z1 player base a factor?

The co-chairman explained in his message that the H1Z1 Pro League is still trying to pay the money owed to teams. Hall clarified further that the announcement to shut the league down did not mean that teams weren’t getting paid. It was stated that they are “still working to pay teams and resolve the matter” and they fully intend to honor the original agreements.

Hall goes on to blame a shrinking player base and waning interest for the game. H1Z1 has had a rough year, having lost 90% of its player base in just the last year alone. The 24-hour peak for the game on Steam today was less than 6,000 players worldwide. This is a dramatic drop from a peak of 150,000 players only a year ago.

Trouble from the get-go

Despite a hopeful partnership between Twin Galaxies and H1Z1‘s own publisher, Daybreak Games, the League failed to make waves. The first day of competing managed to draw less than 8,000 Facebook viewers, despite a streaming rights deal and a launch at the Las Vegas Caesar’s Entertainment Studios. The league also hired a considerable amount of talent for the event, footing the bill for Kristine Leahy and Michelle Rodriguez. They also hired pro streamers Shroud and Summit1g for the event.

Are you an H1Z1 fan? How are you feeling about the H1Z1 Pro League closing? Let us know!