The returning character comes out on August 8. 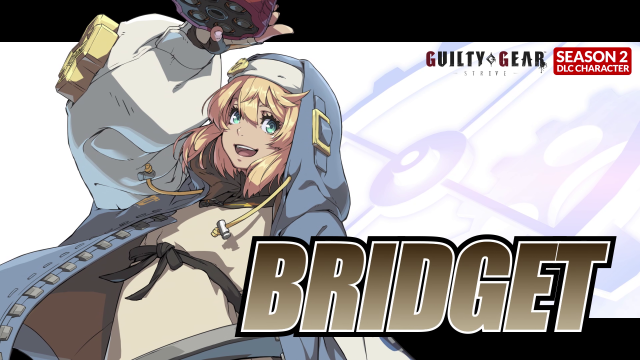 Provided by Arc System Works Bridget is back after a 20 year hiatus.

During the Guilty Gear Strive finals at Evo 2022, Arc System Works revealed the next DLC character coming to the game; Bridget will kick off the game’s second season and will release on Monday, August 8.

This is Bridget’s first appearance in a Guilty Gear title since Guilty Gear XX, which came out 20 years ago. Bridget’s return to the series in Strive brings along the character’s classic yo-yo and teddy bear, which longtime fans will remember from earlier appearances.

The development team stated that Bridget will be “easy to pick up” and features “long-range attacks and excellent movement.” However, the character will still have something for fans that enjoy complex characters; Bridget’s signature Yo-yo will open up some “tricky options.”

Bridget officially kicks off GGS’s second round of DLC characters. The second season will run from August 2022 through early 2023. There will be four new characters in this season with the second of the four releasing the fall. The second season also will bring new stages and color packs coming down the line but more importantly, balance patches as well as reduce in start-up times and the big one, a cross-play beta that will allow players to play GGS against players around the world regardless of them playing on Playstation 4, Playstation 5 or on Steam.

GGS has exploded in popularity in the west and has just surpassed 1 million units sold, a record for the franchise and Arc System Works as a whole. To celebrate a special illustration drawn by one of the 2D artists at ArcSys, Kenta Asano will be released.