A Guide to Dota 2 for Beginners

A Guide to Dota 2 for Beginners 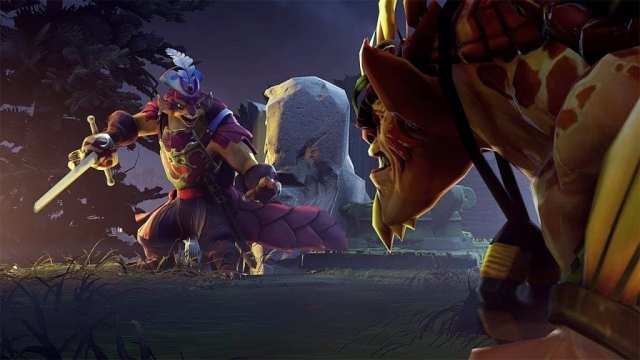 This is your absolute Dota 2 starter pack for Dota 2 Beginners.

Warning: This game may be very addictive. This may cost you your job, your friends, your significant other, your money, your house and your dog. Control is the key.

Kidding aside, any game will likely cost you that if you do not manage your time properly. Things will always be up to you.  Not playing Dota 2 is like missing half of your life. Well, you have some keeping up to do and we are more than willing to help you.

Here are the things awaiting you:

Dota 2 is a FREE multiplayer online battle arena game that requires good strategy, strong decision making, and fast reflexes. It is a complex game wherein players choose from a pool of different heroes. You will be teaming up with five other players with the same corner of skill level. Your team will be facing a team of five players that match up to your team’s average skill level.

The goal is to kill the opponents “Ancient”. It is the throne situated in the middle of their base. Ideally, teamwork is the key to winning but you also have to stand out in your own individual role as well.

The map is your battleground. It is divided into two sides which are the Radiant and the Dire. Each side has three lanes: top, middle, and bottom. The number of heroes may vary depending on the decision of the team but it is usually two players on top, one on mid, and two on bot.

You have to familiarize yourself with the map. It will help you on crucial times especially the juke spots. We will discuss this further on our next level guide.

You need not belittle the mini map. Like driving, it is your rear view mirror and side view mirror packed in a square. You just have to click ‘alt’ (the default key) and you’ll be able to see the heroes within the sight of your team’s map.

There are also jungles where you can see camps of neutral creeps. They give you a specific amount of gold if you kill them. They can respawn every minute.

Heroes and Skills, Foe and Friends

This is you in the virtual world of Dota 2. There are around 111 heroes that you can experiment with. These heroes have distinct roles that gain more power when they level up. Some heroes can perform multiple roles.  Pro teams also come to introduce different and unique roles  for heroes that are used to be played in their distinct roles.

What are these roles? We have the “Supports”. Their role is to support the hero that has the biggest potential in the team. This hero is the “Carry”. Carry heroes need a significant amount of gold to unleash their strengths that are made to carry their team to victory.

There are also “Offlane” heroes that need to level up fast but not necessarily gain a lot of gold. Since they are usually on the Hard lane against a carry and it’s two supports. Lastly, “Mid” heroes are the early killers. They create gaps for their carries to secure farm. They also roam and gank since they gain level and gold faster.

The Items (It’s in the bag)

These are “extra” skills. Items provide you skills that associate with your default skills. These are also enhancer on your default skills and hero stats. Some items may not work well with your hero. The use of items will always be depending on the situation.  You will be used to it once you get your hands on Dota 2.

A friendly advice for newbies is that you can stick with the suggested items. Then slowly, start experimenting, watch streams and tournaments. You can also ask your friend, your team, or skilled player to help you chose which item to buy.

Meet Roshan. He is living in his cave with an Aegis of Immortal.  The Aegis of Immortal grants the beholder another life. He drops it every time a hero kills him. He respawns within 8-11 minutes. After his third death, he gives out an extra reward. It is a cheese that instantly restores health and mana.

Players don’t get an indicator when Roshan will respawn. Don’t forget to look at the clock when the death of Roshan notifies.

The Art of Last Hitting

Old but gold. This is an essential part of Dota 2. Through last hitting, you will gain a specific amount of gold for every creeps killed. Killing a hero would mean more gold. Some heroes can spam their skills to last hit especially if it doesn’t cost a lot of mana and it cools down quickly.

There are different ways to last hit. You can move around then right click if the health is already within your hero’s damage.  You can also press “S” (default for stop) then click on the near death creeps. You can mix both. It is not advisable to auto attack creeps unless you are aiming an “early push” game.

Here is a sample screenshot of the hotkeys:

You can customize it to what suits you best.

There are probably two components: Valve and Math. There are different kinds of matchmaking. We suggest that you keep on playing on Bots (or robots) first. Be sure you familiarize yourself with the basics before trying to find match with other people. Master these heroes and skills in normal match.

You probably heard about MMR. Well, most of the time, numbers matter. MMR is the proof of your skill level on more serious games. There are “controversies” surrounding MMR calibration. We highly suggest that you play on your best before calibrating MMR. It is not just the 10 MMR calibrating games but it also weighs your performance from level 1.

There are different MMR levels with their own kind of pit. It’s hard to jump from one level to another. Take that as an advance warning.

Your Type of #GOALS

Whether you want to play Dota 2 for fun or to build a career out of it, getting good at it is probably a one of a kind #GOALS. Just keep on practicing and you’ll get there.

Who knows that this might be your talent after all?