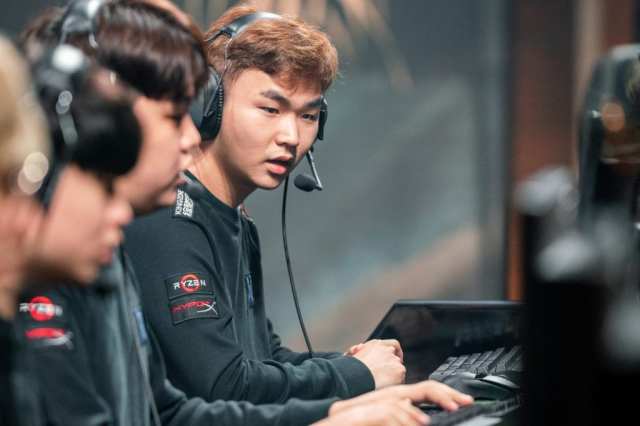 Many teams in the League of Legends European Championship are making power moves this offseason, and Misfits Gaming is no different. They are rounding out their already strong roster with Kang “GorillA” Beom-hyeon.

Misfits would confirm the acquisition this Friday morning on Twitter. GorillA would praise Europe in an interview with Riot Games, saying, “Europe feels like a very competitive region. Also, I do have good memories in Europe from the time when we got 2nd place at the World Championship.” He would also talk about the difference between European organizations and Korean organizations, saying that “it was only the coaches and fellow players that you engage and interacted with.”

The LEC gains another top contender in Misfits Gaming with this pickup. Their lineup was already looking very strong, but GorillA may push them into top two range. Beforehand, Misfits would announce the addition of Paul “sOAZ” Boyer and Fabian “Febiven” Diepstraten. They now have multiple talented players in most of their positions. A veteran top laner like sOAZ will become the anchor that they team needs, as he has been for Fnatic for the past few years.

Additionally, Hans Sama and GorillA have the potential to be the best bot lane in the region. If we look at last year, Hans Sama had to carry the team in multiple of their games. With a mechanically gifted support, he could do some real damage. Also, with lanes to help alleviate the pressure off his lane, Hans will be free to do whatever he needs to do to win lane and win the game.

There are only two question marks that could arise from this roster. One is how Febiven will perform, coming from a lackluster season with Clutch Gaming. Of course, Febiven was the lone bright spot on that team in 2018, but he was still not able to demonstrate his true potential. The second question mark stems from GorillA, and how he will adjust to playing in a different region with a full European team. If he doesn’t struggle with that problem, he could see great success in this new venture.

Adding GorillA definitely makes Misfits Gaming a top team for 2019. In fact, anything but a top three finish should be disappointing for the organization. There is too much potential for this team not to have great success. Also, with GorillA leaving the LCK, this now makes Cho “Mata” Se-hyeong that much more valuable to Korean teams. He is one of the only top tier supports left on the market. Therefore, we could see a huge bidding war for the veteran soon. Rumors state that SKT T1 and Gen.G are both fighting over Mata to help complete their roster.

As for GorillA, he seems excited for his future in the LEC. When asked about what he is looking forward to, he would say, “Coming from the Korean league, which is focused on cautious and macro-oriented play, I am looking forward to experiencing European teams and players that are known for their aggressiveness and unique individual play-styles.”

What are your thoughts on GorillA joining Misfits Gaming? Let us know what you think in the comments below! If you want more League of Legends coverage, check us out here!