Get ready to go back to the N64 days 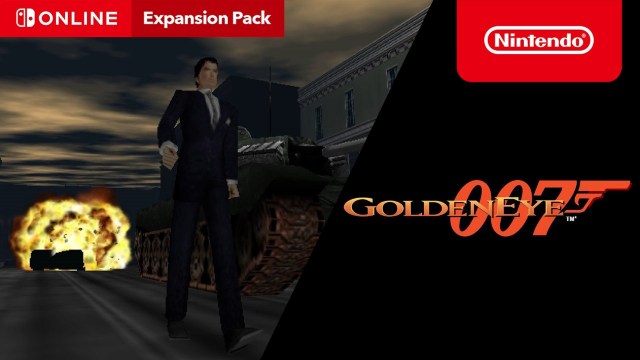 Provided by @NintendoAmerica via Twitter The Switch version of the game is exclusively available to Nintendo Switch Online + Expansion Pack members.

Rare Limited announced the release date of the GoldenEye 007 port for both Nintendo Switch Online and the Xbox Game Pass. Both versions of the game will become available to play on January 27, according to a tweet put out on January 25.

GoldenEye 007 will also release for #NintendoSwitchOnline + Expansion Pack members on the same day, so send out the invites now and prepare for some split-screen shenanigans! pic.twitter.com/QiDzZf5za9

Achievements for an Xbox One version of GoldenEye 007 leaked toward the beginning of last year. However, Rare did not confirm the existence of such a port until September of 2022. At the same time, Nintendo confirmed that the game was on its way to the Nintendo Switch Online + Expansion Pack, a premium version of its online subscription.

Even so, Rare did not announce a release date for Nintendo Switch Online or Xbox Game Pass members back in September. Now, the game’s developers have confirmed that both platforms will gain access to the game on the same day.

The game itself is technically free on both consoles. However, players will have to pay for their respective subscription services in order to play GoldenEye 007. Nintendo Switch Online + Expansion Pack memberships cost about $4 a month. Meanwhile, Xbox Game Pass subscriptions are available for around $10 a month.

GoldenEye 007 originally launched on the Nintendo 64 in 1997. It featured iconic characters from the James Bond movie franchise, including the series’ eponymous protagonist. In addition, GoldenEye 007 is heralded as one of the early innovators within the first-person shooter genre, with its stealth elements and multiplayer mode influencing many FPS games in the time since.

Once the GoldenEye 007 release date comes, Nintendo Switch Online and Xbox Game Pass users should note that they won’t have access to the exact same version of the game. In particular, the Nintendo Switch version has a handful of notable advantages.

For example, the Nintendo Switch Online + Expansion Pack port will give players the option to play in widescreen rather than the standard 4:3 aspect ratio. However, perhaps the most significant difference is the exclusive presence of an online multiplayer mode in the Switch version.