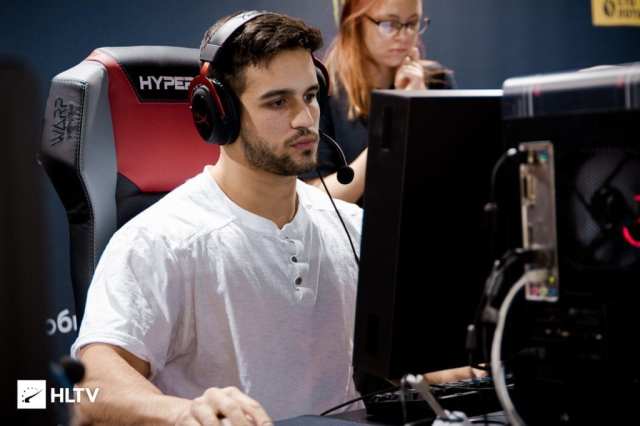 A VPEsports report is saying that Ghost Gaming’s Yassine “Subroza” Taoufik will be stepping down from the team soon. In his place, the team will be acquiring Ryan “freakazoid” Abadir as his replacement.

This news comes more than two weeks after the team would suffer an early exit at the ESL Pro League Season Eight Finals. Just a few days ago, Ghost Gaming would also fall at the StarSeries Season Seven qualifiers. This move is a part of the big end-of-year roster shuffle, as multiple teams are fixing and readjusting their rosters for the upcoming year. Also, this move would represent Freakazoid’s goodbye to Swole Patrol, a team that he created and led to this day.

Freakazoid leaving Swole Patrol has been a topic that has been brewing for some time. Back in November, Austin “Cooper-“ Abadir would leave the team to join eUnited. Cooper is Freakazoid’s brother and was an original member of the Swole Patrol. However, his departure from the team would cause a huge storm of drama. Apparently, Cooper could have left Swole Patrol way earlier — a few months before, in fact — but decided to hold off on his decision. Cooper would end up accepting the offer deep into the season, forcing Swole Patrol to find a stand-in right before the MDL playoffs.

As a result, Freakazoid felt betrayed by his brother and would end up tweeting, “Nothing to say about my brother, other than money over loyalty. Just another CS bum playing for paychecks and themselves. Good luck to you ‘brother’”. Later on, he would apologize for his statements, saying that he acted out of anger. However, the truth was out there and the cards had been left on the table. Additionally, Freakazoid would also announce that he would be leaving the team after the Premier season.

It was an understandable situation, given the fact that Freakazoid basically jumpstarted Cooper’s career. As Freak put it, “We could have done it together, we could have made history”. Now, he will be joining another organization, and the future of Swole Patrol is unknown.

Meanwhile, Ghost Gaming has had multiple roster changes in the last two years. Their roster is made up of North American veterans, like Joshua “steel” Nissan and Kenneth “koosta” Suen. Freakazoid was once apart of Cloud9 from 2015 to 2016 and won multiple events with the team. His experience and veteran knowledge should be useful for the team, as well as teaching the younger players of the roster.

Swole Patrol will be in a difficult situation if Freakazoid decides to leave the organization. As the founder and leader of the team, Swole Patrol will be left with Jordan “Zellsis” Montemurro as the last remaining member of the original lineup. It isn’t known whether or not Swole Patrol will stay as a team, or if they will disband once Freak leaves. The rest of the players, Braxton “swag” Pierce and Omar “MarKE” Jimenez, joined in the summer and could go on to find other teams.

We wish the best of luck to Freakazoid and Swole Patrol in the next year!

What do you think of Freakazoid joining Ghost Gaming? Let us know your thoughts in the comments below! If you want more CSGO coverage, check us out here!