Gen.G's koosta talks about the future of the roster after LCQ

Gen.G’s koosta talks about the future of the roster after LCQ

Gen.G fall to the lower bracket after loss to 100 Thieves 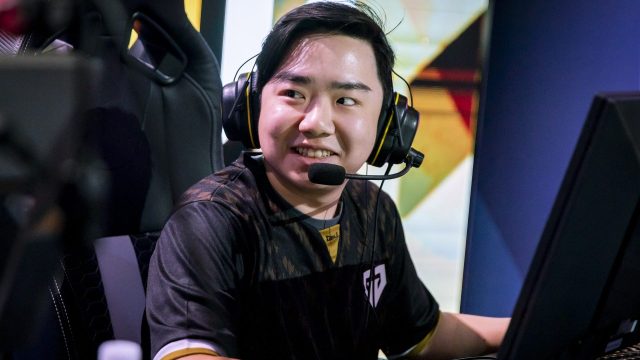 Provided by Dreamhack Gen.G's koosta during his time with CS:GO

Gen.G Esports’ Kenneth “koosta” Suen reflected on the team’s loss to 100 Thieves that sent them to the lower bracket of the Last Chance Qualifier North America in a post-match interview with Upcomer.

The opening match of the Last Chance Qualifier between 100 Thieves and Gen.G saw one of the three representatives from NA at Masters 3 in 100 Thieves face Gen.G, who hadn’t played a match since the end of July. Both teams are no strangers to facing one another as they have become known for facing off in high-stakes matches at Stage 1 Challengers 3 and Challengers 2.

Despite 100 Thieves coming off of a hot streak at Masters 3: Berlin, Gen.G was able to win the first map. 100 Thieves came into the tournament with a new addition to the roster in Aaron “b0i” Thao after benching Josh “Steel” Nissan. Additionally, they were trying out a new arrangement of agents with Nick “nitr0” Cannella moving to a second duelist alongside Peter “Asuna” Mazuryk.

Due to unforeseen circumstances, the Last Chance Qualifier for NA is not being played on a LAN server. Instead, the games are being played out through the Los Angeles connection, which is where all the players are currently located. This caused lag issues for players both on 100 Thieves and Gen.G.

“Sometimes we would [experience lag],” said koosta. “Everyone would say ‘oh I just skipped’ like ‘I just lagged a little bit’ and there was a little packet loss but I didn’t notice it too much.”

Players on the side of 100 Thieves posted after the game on Twitter about the issues they were having with the connection. Spencer “Hiko” Martin took to Twitter to express some of the frustrations he had about playing on LAN without a LAN server.

“GG Gen.G we won 2-1 and advance to play the winner of LG / XSET tonight at ~7pm PST,” said Hiko on Twitter. “We’re playing this LAN on online servers and it feels weird not being on LAN servers with 0 ping :(“

“Win or lose, our focus has been to be ready for the 2022 season,” he said. “Obviously this is a very important tournament for us, but with everything we’ve done so far, this is a testing ground for us to see where we’re at.”

Koosta also expressed that he was excited to work with the current version of the roster. Out of the various roster versions that Gen.G has gone through, this version featuring Nolan “Temperature” Pepper is the most motivating. Now that Gen.G is in the lower bracket of Last Chance, they will have to fight their way to potentially make their way to Champions.